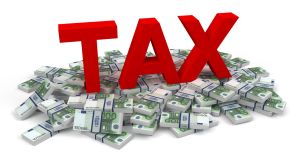 A new tax charge on multinational companies moving assets out of Ireland looks set to feature in today’s budget, as part of an international effort to limit the ability of these companies to engage in tax planning. This follows the decision of a number of major multinationals to move their intellectual property (IP) assets to Ireland in recent years, following restrictions and bad publicity relating to the previous use of offshore tax havens to house these assets.

From midnight on Tuesday evening, a tax of 12.5 per cent is expected to apply on the movement of assets out of Ireland by multinationals to other parts of their international network. The tax will apply to any capital gain which is judged to have occurred while the asset was located in Ireland, even if this gain has not been realised. All EU member states were due to introduce the tax by 2020 at the latest, under the EU Anti-Tax Avoidance Directive.

The move will restrict future room for manoeuvre of the big multinationals in transferring IP assets to other parts of their global operations. However the decision to apply the tax at a rate of 12.5 per cent, rather than the main capital gains tax rate of 33 per cent, will be seen as favourable to the multinationals, putting the rate in line with the corporate profits tax rate they face. The tax would be levied on the difference between the market value of the assets at the time of the transfer and the value of the assets for tax purposes and tax experts will pay close attention to how the valuation rules are framed.

Intellectual property comprises the copyrights, patents and trademarks used to design and develop new products and its accounting treatment by major multinationals has long been controversial. For many years major US companies located their IP assets in offshore tax havens, allowing them to move substantial sums cash to these locations. However new tax rules have gradually made this more difficult and many companies have now moved their IP assets to jurisdictions where they already have substantial operations.

Ireland has been a beneficiary of this move, as major companies, including Apple, have moved parts of their IP assets to Ireland. In turn the profits associated with these assets have boosted Irish corporation tax. There is no immediate reason why companies would want to move their IP again out of Ireland, so the Government is unlikely to count in new tax revenues on foot of the move.