Juncker wants to roll back tax powers that helped Ireland, Luxembourg and Malta 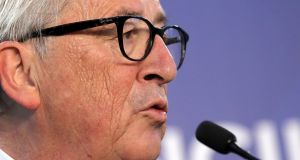 Brussels will this week propose extending majority voting to all EU tax policies by the end of 2020, a highly contentious move to scrap national vetoes that are fiercely defended by many member states.

Noting that EU tax policy is “failing to deliver to its full potential”, the commission will issue a paper arguing the demands of the global economy meant it was “time to reconsider... traditional views on sovereignty.”

“For the commission, the question is no longer whether there is a need to move away from unanimity in taxation, but rather how and when to do it,” the paper states, according to a draft copy seen by the Financial Times.

Jean-Claude Juncker, the commission president and former Luxembourg premier, has previously said he wants to roll back national tax powers that long helped countries such as Luxembourg, Ireland and Malta to preserve distinctive, investment-friendly regimes. Big member states have also used the blocking-powers to protect peculiarities or competitive advantages in their tax systems.

The Commission communication to be released this week outlines a “road map” to gradually phasing out tax vetoes, which it said “can be misused for specific national interests”. By using a so-called “passerelle clause,” the commission would avoid the need for a cumbersome renegotiation of EU treaties.

Given the deepest objections to ceding more sovereignty among many member states, diplomats say the initiative has a slim chance of adoption, at best. “Not a hope,” said one EU member state diplomat.

When briefed on the initiative last week, some ambassadors from EU member states argued it was unwise for the commission to even make the proposal, since it would be exploited by nationalists and populists in May’s European elections.

The commission cites multiple examples of tax initiatives either scuppered or stalled by member state objections, including a common consolidated tax base, standardisation on value added tax, a proposed levy on financial services and a new digital tax.

“Member states sometimes evoke sovereignty and unanimity simply to block EU tax proposals,” the commission paper states. “Over the years, the sovereignty argument has been used to protect specific national interests. Certain Member States have built their business model around the concept of a competitive tax system, designed to attract certain activities or consumers.”

It argues that “tax competition” within the EU, while “not in itself a bad thing”, has distorted the choices available to national governments, forcing them to undertax footloose cross-border industries, while overtaxing less mobile areas such as labour income and consumption. “A heavier burden falls on workers, consumers and domestic businesses,” the paper states. “This undermines the fairness...of tax systems.”

As a first step, the commission suggests extending the EU’s system of “qualified majority voting” to areas that are unrelated to national tax rights or ability to define tax bases and rates. These would include measures to combat tax abuse or “enhance the single market”.

A second phase would over tax measures designed to further specific policy goals – in areas such health, climate change, or protecting the environment – while the third would cover areas already harmonised under EU law, such as VAT and excise duties. The commission recommends these steps be taken by the end of 2019.

Finally the commission would want to scrap vetoes on initiatives seeking to ensure “fair and competitive taxation” within the EU single market. This step, which the commission wants to be taken by the end of 2020, could potentially allow for a common approach to calculating tax bases for companies. – Copyright The Financial Times Limited 2019