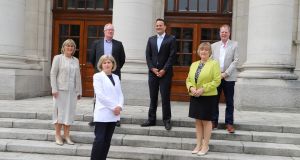 Bank of Ireland, AIB and Ulster Bank are all now accepting applications for the newly expanded Future Growth loan scheme, which promises long-term funding at competitive rates for businesses affected by Covid-19 and Brexit.

The expansion of the scheme from €200 million to €500 million was announced as part of the July stimulus package last week. The expanded scheme, which is being supported by the European Investment Bank, offers loans for businesses with up to 499 employees.

Under the initiative, loans of €25,000-€3 million are available for terms between seven and 10 years.

This additional tranche of SBCI funding follows an initial €300 million which was made available in April 2019, bringing the total available to Irish businesses to €800 million.

So far, some 1,150 businesses have been helped to make strategic investments.

The scheme is being managed by the Strategic Banking Corporation of Ireland (SBCI).

“With this expansion, the scheme can continue to deliver real impact and much needed support for SMEs,” said Nick Ashmore, chief executive of SBCI.

1 Over 400 complaints from migrant workers at meat plants lodged with WRC
2 Avoca warns of redundancies due to coronavirus
3 Staff at Dublin and Cork airports to vote on work practice changes
4 Coronavirus spreads to sandwich king
5 The Irish Times Company of the Year: the three finalists
6 Moving in and out of lockdown is a recipe for economic disaster
7 McGann stepping down at troubled Aryzta
8 High time: Netherlands moves to clean up absurd cannabis policy
9 Shed Distillery in Leitrim to open €3m visitor centre next month
10 The Irish Times Deal of the Year: The three finalists
Real news has value SUBSCRIBE