Pay to directors declines as does value of investments 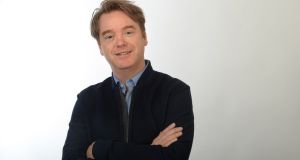 Pay to directors totalled €146,048. This was a sharp decrease on the €286,000 paid the previous year which was made up of €136,000 in remuneration and €150,000 in pension contributions. The accounts state that the assets of the defined contribution pension scheme are held separately from those of the company in an independently administered fund.

Mr McWilliams generates income from his writing, including as a columnist with The Irish Times, and from corporate speaking engagements for the likes of Google. He is also adjunct professor of global economics at the School of Business,Trinity College Dublin.

Mr McWilliams has written a number of best-selling books including Renaissance Nation, The Pope’s Children, Generation Game and Follow the Money. He co-founded the economics and stand-up comedy festival Kilkenomics and also the popular literary festival, the Dalkey Book Festival.