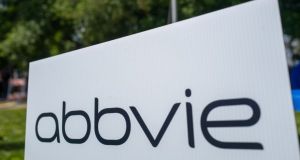 US pharmaceuticals giant AbbVie has won an appeal against an unexpected €500 million-plus Irish stamp duty bill it was left with in relation to its takeover of Dublin-domiciled peer Allergan last year.

The Irish Tax Appeals Commission published its determination in the case on its website in recent days in a heavily-redacted document that does not name the appellant.

“The Commissioner determines that the assessment raised under section 31D of the SDCA (Stamp Duties Collection Act 1999) should be reduced to nil,” said Marie-Claire Maney, chairperson of the Tax Appeals Commission. “The appellant should not have received the assessment in respect of the transaction, as this came within the definition of restructuring operations.”

A spokeswoman for Abbvie did not immediately respond to a request for comment.

The surprise tax bill resulted from a move by Minister for Finance Paschal Donohoe in October 2019 to slap a 1 per cent stamp duty on so-called scheme of arrangement takeover structures, which involve the company being acquired cancelling its existing shares and issuing new stock to the acquirer.

The immediate target of the budget measure was property group Green Reit’s €1.34 billion sale to UK real estate investment firm Henderson Park, which was in the works at the time. However, Allergan, as an Irish-domiciled company, was also caught by the stamp duty, even though its shares are traded in New York and its top executives operate from New Jersey.

However, Abbvie’s $63 billion takeover was already in train at the time of the budget announcement. At the time the euro equivalent value of the deal was €57.2 billion, which would have given rise to a €572 million tax bill. However, exchange-rate movements since then mean that the euro equivalent is currently €520 million.

The Tax Appeals Commission document redacts that date and exchange rate at which the stamp duty liability was assessed.

The document shows that the appellant paid the amount claimed by Revenue the Commissioners pending the outcome of the appeal.

Department of Finance secretary general Derek Moran told the Oireachtas Public Accounts Committee in November that Abbvie had paid over the stamp duty “roughly in the order of €600 million” but that it was appealing liability through the Tax Appeals Commission.

The commission agreed with Abbvie’s argument that the stamp duty should not have been applied retroactively as the takeover agreement predated October 2019 budget announcement, even though it was to be executed at a later date.

Separately, Abbvie filed a lawsuit against Revenue on January 13th, according to High Court notifications.