Agency acquired properties from its debtors for use as social housing 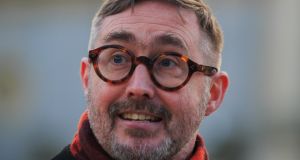 Sinn Féin’s Eoin Ó Broin: ‘The big issue now is what is going to happen to the National Asset Residential Property Services when Nama is wound down.’ Photograph: Gareth Chaney/Collins

The properties were acquired by the agency from its debtors for use as social housing and are managed through a separate entity called National Asset Residential Property Services (Narps).

The figures provided by Minister for Finance Paschal Donohoe in response to a parliamentary question from Sinn Féin’s Eoin Ó Broin show the properties generate approximately €12 million in rental income for Nama.

The majority of the properties (1,335) are leased to housing bodies with the remaining 37 leased to Cork and Clare County Councils.

By leasing them from Nama, Mr Ó Broin said the State was effectively paying for the debts tied to these properties, instead of having the debt recouped on its behalf.

“The big issue now is what is going to happen to Narps when Nama is wound down,” he said.

“The Government needs to outline what its intentions are but also if it indefinitely intends to pay this money into Narps as opposed to, at some point, just transferring the units into the ownership of the local authorities or the AHBs [approved housing bodies],” he said.

In a review of Nama last year, Mr Donohoe recommended that Nama retains ownership of the subsidiary residential property services agency until it is in a position to be transferred to another State entity as part of Nama’s “terminal surplus of €4 billion”.

“Officials are examining these options in the context of Nama’s wind down,” Mr Donohoe said in his response to Mr Ó Broin.

According to internal departmental documents, Nama was actively considering the sale of the residential property services agency in 2018, and had received the go-ahead from Mr Donohoe, provided all the housing it held would be used for the same social purposes. But the sale never took place.

Nama originally took control of some 6,000 of these units. Approximately 2,000 were deemed unsuitable for social housing by local authorities for various reasons to do with price, quality and location, while a further 2,000 were sold to the private sector. The bulk of the remainder are leased as social housing units.

Housing agency Tuath leases the largest number (539) followed by Co-Operative Housing Ireland (239), Cluid Housing (202), and North and East Housing (112). With Nama due to be wound up in 2025, the future of the Nama property agency has still to be decided.

Its properties are subject to a standard social housing lease term of 20 years and nine months. Mr Donohoe said the rent paid under each lease is agreed through consultation between Nama, the housing agency and the local authority before formal approval by Department of Housing and “reflects a prescribed discount to market rent”.

Nama confirmed last week that it plans to hand over an additional €1 billion of surplus cash to the Government this year on top of the €2 billion transferred to the exchequer last year.