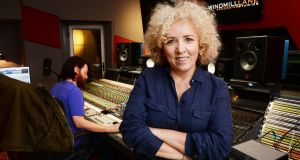 Cuts to the top rate of the pandemic unemployment payment to €300 a week have been described as “hugely disappointing” by arts campaigners and Opposition politicians.

Changes to the rates of the payment for people out of work due to the coronavirus crisis have come into effect from Thursday. The payment was introduced initially as a flat rate of €350 per week in March as the country went into a national lockdown, resulting in thousands of job losses.

Over the summer, payments under the scheme were split into two rates, based on what individuals had earned prior to the pandemic.

Those who had been earning less than €200 had their payment cut from €350 to €203, which is in line with the ordinary jobseeker’s benefit payment. People who had earned more than €200 before the Covid-19 crisis retained the full rate of €350 a week.

Further changes to the payment on Thursday resulted in the scheme shifting to three tiers, with the top rate being cut from €350 to €300 a week.

Angela Dorgan, chairwoman of the National Campaign for the Arts, said the cuts to the payment were “hugely disappointing” for those in the arts and entertainment sectors, who remained unable to work due to Covid-19 restrictions.

Cuts to the top rate of the payment “would be the difference in artists who were just hanging on not being able to pay rent, or keep their families going,” she said. The cuts would result in “the entire sector crumbling” over the coming months, she added.

The campaign group would be raising the issue at a meeting on Monday with Minister for Culture Catherine Martin, she said.

People Before Profit TD Richard Boyd Barrett said it was “grossly unfair” for the Government to push ahead with cuts to the payment in light of potential further lockdown restrictions in Dublin.

Workers in the music, arts and events sector, as well as taxi drivers, all had their livelihoods “decimated” by the coronavirus pandemic, and “needed financial help from the Government, not further punishment,” he said.

Previously the Government had intended to close the scheme to new applicants from September 17th. However, following a decision at Cabinet earlier this week it will remain open until the end of 2020.

This will allow people who lose their employment after this week, such as anyone laid off a second time in the event of further restrictions in Dublin or elsewhere, to avail of the payment.

The payment will remain in place until April 2021, with further steps to reduce the payment down to €203 per week planned over the coming months.

The Government plans to cut the top rate to €250 a week next February, and from April 2021 people will be able to apply for jobseeker’s benefit.

1 Ryanair and Eir the worst for customer service during Covid crisis
2 Tinnitus group Neuromod raises €10.5m for expansion
3 Fair deal? Family at odds with hospital and each other not so sure
4 ‘Essential’ retailers risk a firestorm if they exploit the closure of the ‘non-essential’
5 What to consider if older person or loved one needs care at home
6 PlanNet21 eyes further acquisitions after buying rival eCom
7 Glenveagh attracts growing hedge-fund interest
8 INM inspectors write to former directors in ‘inside information’ inquiry
9 Pension auto-enrolment looks unlikely in 2022
10 Level 5 restrictions risk pushing economy into double-dip recession
Real news has value SUBSCRIBE