Appeals board found number of dual aspect units too small 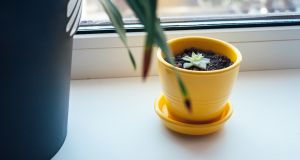 At least half of every apartment scheme must be dedicated to dual aspect units, or units with windows on two walls. Photograph: iStock

Concerns over the amount of available sunlight for occupants of a planned Galway apartment complex have prompted An Bord Pleanála to refuse planning permission for the contentious plan.

In the ruling, the appeals board refused planning permission to one of the country’s biggest builders, Glenveagh Homes, for the construction of 332 apartments at Gort na Bró, Rahoon, Knocknacarra on the outskirts of Galway city.

The plan on a site located 4km west of Galway city centre faced opposition from local residents who claimed that the density of the development was excessive and out of character with the Knocknacarra area.

They further claimed that the height of apartment blocks of five, six and seven storeys was also excessive.

The residents also claimed that the apartment blocks would dominate the skyline and obstruct views to the west.

The appeals board inspector in the case recommended that planning permission be granted for the development.

However, the appeals board has refused planning permission after finding that the provision of ‘dual aspect’ apartments in the proposal was “unacceptable and falls well below the minimum requirement”.

The appeals board found that the ratio of dual aspect apartments in the Glenveagh proposal was substantially below the minimum requirement “and would therefore fail to provide an acceptable standard of amenity for its future occupants”.

The board inspector in the case said the delivery of residential development “on this prime, under utilised, serviced site would be consistent with policies and intended outcome of Government policy, which looks to secure more compact and sustainable urban development”.

It is now open for Glenveagh to lodge revised plans for the site at a later date. Glenveagh declined to comment on the decision.