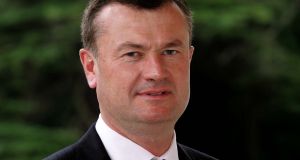 Property developer Peter Cosgrave. He is credited with turning the business he founded with his brothers from a housebuilder into a development company with a significant presence across Dublin. Photograph: David Sleator

The death has occurred of Peter Cosgrave (59), a property developer who is credited with turning the business he founded with his brothers from a housebuilder into a development company with a significant presence across Dublin.

Cosgrave Property Group is involved in all aspects of property acquisition and development in Ireland and Britain, expanding naturally since its foundation in 1979, when Peter was just 19.

In its first five years the company built 184 residential units and more than doubled that in the next five.

The 1990s saw rapid expansion, with the company building more than 2,000 homes in developments including the Sweepstakes in Ballsbridge, the Rathmines Town centre, Harcourt Green and Simmonscourt Square in Dublin.

The new millennium started well for Cosgrave with the Ulster Bank building on St George’s Quay. In 2004 the company acquired the Dún Laoghaire golf club lands, which they would ultimately develop into Honeypark.

While the period after the crash was tumultuous time for the company, it survived and is now active across a series of sites.