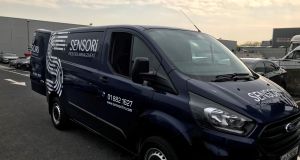 The State’s largest construction company, John Sisk and Son, has launched its new facilities management brand having entered into a joint venture with the Designer Group.

Sensori Facilities Management was formally launched on Thursday night resulting from Sisk’s acquisition of a 50 per cent holding in Designer Group’s facilities management business for an undisclosed sum.

Although financial details weren’t disclosed it was previously reported to be a multimillion-euro deal.

The move is a natural fit for the two companies that have an extensive customer base in the Irish market while the joint venture partners intend to add new customers not currently served by them across the public and private sector.

The new company has two offices – in Dublin and Limerick – and has 60 mobile teams located around the Republic.

The company’s new managing director, Mark Cullen, said the group will invest in data analytics to improve a company’s “built assets” in the future.

Sisk is the country’s largest construction company by turnover, achieving revenue of €950 million, according to a report issued in July 2018 by the Construction Industry Federation.

Designer Group, meanwhile, is a Dublin-based engineering company that was founded in 1992 by former Construction Industry Federation president Michael Stone.