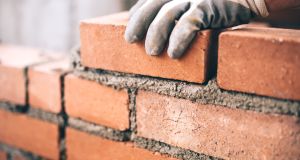 Glenveagh Properties, the homebuilder backed by US private equity firm Oaktree, has agreed to acquire land in Naas in Co Kildare and completed the purchase of a site in north Dublin for a combined €29.5 million as it continues to commit money raised in its October initial public offering.

The two deals have the potential to deliver more than 660 residential units, subject to planning permission, the company said on Friday.

Glenveagh completed the purchase of two sites in Bray Co Wicklow and Midleton in Cork which were identified as part of a portfolio outlined in the company’s flotation prospectus. These two sites will deliver 210 homes between them.

“The additional site acquisitions announced this morning demonstrate the success of Glenveagh’s recent engagement in the land market and represent a strong end to the year,” said Justin Bickle, the company’s chief executive, co-founder and former Oaktree executive.

Glenveagh, formed from the combination of residential development sites accumulated by US private equity firm Oaktree following the Irish property crash, and the assets of Maynooth-based builder Bridgedale, raised €550 million in its IPO in October.

The company flagged at the time that it had 1,700 “shovel ready” units and plans to build at least 1,000 homes a year by the end of the decade. Glenveagh’s founding executive chairman is John Mulcahy, a former senior executive with Nama and Jones Lang LaSalle in Ireland, while its founding chief operating officer is Stephen Garvey, owner of Bridgedale.

Oaktree owns 16.5 per cent of the company, Switzerland’s UBS holds a further 9.7 per cent, while Singaporean sovereign wealth fund GIC has a 9.4 per cent holding as a result of participating in the IPO.

The flotation of Glenveagh came a little over two years after Cairn Homes raised €440 million in the first IPO of an Irish housebuilder since the late 1990s. It was completed against a backdrop of house prices rising at an annual rate of about 12 per cent, and as supply continuing to fall well short of demand in a recovering economy.

The founder shareholders of both Cairn and Glenveagh have been awarded lucrative incentive plans. Cairn’s founders are entitled to 20 per cent of total shareholder returns over a seven-year period, subject to the company hitting a minimum annual 12.5 per cent return. Glenveagh has a similar plan, which runs for five years.

The rewards are constructed by way of founder shares, which can be converted into ordinary stock, subject to the return hurdles being passed.

1 Dracula scenario for Irish economy: second outbreak and no-deal Brexit
2 Ireland faces 'deep downturn' this year and may not rebound until 2024 if there is a second wave
3 ‘The rental situation stops me moving back home’
4 Why are markets booming when a crash is on the way?
5 John FitzGerald: Civil Service expertise key to Government policy
6 Why the Fed thinks Goldman is America’s riskiest bank
7 Dublin consultancy Pathfinder set for expansion after buyout by Sia Partners
8 How much do Irish people earn? And what will Covid-19 do to our wages?
9 Red tape logjam creates fear for Irish timber supply
10 Supreme Court clears Bernie Madoff Ponzi loss case for hearing
Real news has value SUBSCRIBE