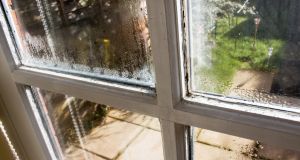 The Engineers Ireland report describes the physical condition of Irish homes as mediocre and warns that they need attention.

Fewer than one in five engineers believe the Republic’s infrastructure is in good condition, according to a report published yesterday.

The report, State of Ireland 2019, shows that a majority of 1,735 engineers surveyed do not believe the Republic’s infrastructure is “in good condition with capacity for future development”.

Just 18 per cent of those asked agreed with the statement, while 52 per cent disagreed and a further 30 per cent neither agreed nor disagreed.

Engineers Ireland members rated the Republic’s infrastructure as mediocre while they described the condition of housing here as poor or inadequate.

The State of Ireland 2019 report says Brussels-based Eurostat estimates that 600,000 people in the Republic live in homes with “a leaking roof, damp walls, floors or foundation or rot in window frames or floors”.

Engineers Ireland also estimates that two million homes will need to be refitted to meet new rules on energy efficiency due to come into force from the end of this year.

The report argues that a lack of public transport, roads, water, energy and telecoms services on land zoned for housing is slowing the construction of badly needed new homes.

“Land that is already serviced should be prioritised for development,” the document states.

The State of Ireland adds that local councils should take future infrastructure needs into account when they are planning future developments.

The report recommends that the State should spend more money on public infrastructure to speed up house building and make homes more affordable.

“This additional funding should come from both locally raised and centrally raised sources,” the report adds.

Engineers Ireland predicts that the Republic will need to build 18,384 new homes every year between now and 2051 if the population reaches 6.2 million, the mid-point between the lowest and highest growth estimates.

However, the organisation says the Republic will need 24,099 new dwellings a year should the population hit the highest estimate of 6.7 million by 2015 and the average number of people living in each home continues to fall.

The report says building and maintenance of water and waste water infrastructure needs to keep pace with housing development.

The engineers’ warning comes shortly after a sewage leak from State utility Irish Water’s treatment plant at Ringsend in Dublin forced authorities to ban swimming at popular locations close to the capital.

Their report points out that failure to improve and grow the water network risked causing sewers to overflow, pollution and breaches of regulations.

State of Ireland acknowledges that Irish Water has been investing in tackling supply and waste treatment deficiencies.

Projects on which the utility is working include the Cork Lower Harbour main drainage scheme, upgrading the Ringsend plant and the Vartry water supply scheme, which covers parts of south Dublin and Wicklow.

1 Admission of mistake in Oxford vaccine dose raises doubts over reliability
2 Move to EU or face disruption, City of London is warned
3 Cliff Taylor: Deal or no deal we are now heading for a hard Brexit
4 Last orders for Rí-Rá and Globe as Central Hotel gets green light to expand
5 Karlin Lillington: How I managed to cut my mobile phone bill by at least half
6 Lahinch Golf Club runs out of its own cash after €3m Covid-19 hit
7 An Post parcel volumes to hit weekly record of 3.3m
8 Irish Life fund pays €49m for 94 Dalkey apartments
9 How to ditch your phone and embrace the SIMple life
10 German watchdog reports EY to prosecutors over Wirecard audit
Real news has value SUBSCRIBE