Two Bank of Ireland branches on 25-year leases for sale

Suburban buildings priced at €4.3m in Walkinstown and €2.66m in Coolock 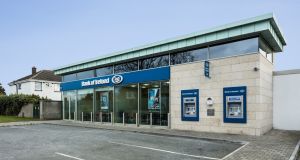 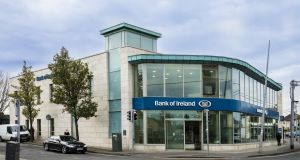 With an ever-increasing number of private funds looking for solid long-term property investments, there is likely to be strong competition for two Dublin suburban bank branches that go on the market today through Murphy Mulhall.

For sale are the Bank of Ireland branches in Walkinstown and Coolock, which are both let on 25-year leases from October and September 2012, and have the benefit of fixed rental uplifts of 15 per cent every five years, with no break options.

The selling agent is quoting €4.3 million for the BoI branch at Drimnagh Road, Walkinstown, which was refurbished and enlarged in 2012 and now extends to 1,099sq m (11,838sq ft).

Murphy Mulhall is quoting €2.66 million for the BoI building at Malahide Road in Coolock, which like the other branch for sale underwent considerable refurbishment in 2012 and has a floor area of more than 511sq m (5,508sq ft). The rent is €158,700.

The investments are to be sold in one or two lots at a net initial yield of 5.5 per cent after standard purchaser costs of 8.46 per cent.

According to Brian Gaffney of Murphy Mulhall, the combination of almost 20 years of secure income with rental increases of 15 per cent at each remaining review was extremely rare.

1 How much state pension will I get next year?
2 PTSB plays down Ulster Bank talk as it sells €1.4bn of loans
3 Am I crazy to consider switching to an Ulster Bank mortgage?
4 Avolon appoints Paul Geaney as chief risk officer
5 Brexit to curb services trade with UK, accountants group warns
6 ‘We lost money on our planned wedding in Spain. Covid saw to that’
7 Housing crisis here to stay in absence of big rethink, industry warns
8 How long can Government afford to keep State pension age at 66?
9 Up or down – how much is your Local Property Tax this year?
10 High time: Netherlands moves to clean up absurd cannabis policy
Real news has value SUBSCRIBE