New figures highlight about €600m worth of hotel transactions in 2017 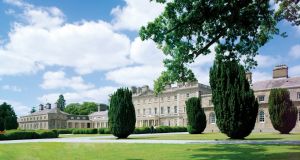 More than €2.5 billion has been invested in commercial property in the Republic this year, with investment spend down considerably versus the 2014 and 2016 period, according to new figures from CBRE.

Overall, more than 214 individual transactions extending to more than €1 million were made this year. While some transactions may still be agreed before the end of 2017, CBRE said the outrun is in excess of €2.5 billion, with the sale of The Square shopping centre in Tallaght for close to €250 million being the largest investment transaction signed during the last 12 months.

“This represents a large volume of individual transactions although in the absence of deleveraging activity and a lack of portfolio sales during 2017, the volume of investment spend is down compared to the extraordinary period between 2014 and 2016,” said Marie Hunt, executive director and head of research at CBRE.

In 2014, investment spend totalled €4.5 billion. It slipped the following year to €3.5 billion before jumping again last year to about €4.3 billion.

Separate figures from Savills published on Thursday indicate that more than €3 billion worth of hotels have changed hands locally since 2012.

Despite €600 million worth of transactions this year in the sector, it was a relatively quiet year for hotel sales, given the €850million recorded last year and the €1 billion seen in 2015.

Notable sales this year included Dublin’s Gibson Hotel, which was acquired by Dekabank for in excess of the €87 million guide price. Elsewhere, US businessman John Mullen completed the purchase of Carton House hotel and golf resort in Kildare earlier this month for €57 million. In addition, MHL Hotel Collection added to its portfolio with the purchase of the Radisson Blu hotel and spa in Galway for approximately €50 million.

“Looking ahead to 2018, we expect to see further re-trades in a stabilising trading environment, following years of exceptional growth. In addition, the emergence of new hotels next year will also create interesting investment opportunities. So overall, the outlook for the market is very positive,” said Tom Barrett, director of hotels and leisure at Savills.

1 Explainer: what is the row about SF’s multinational tax plan?
2 Personal insolvency practitioner to pay €6,000 after providing misleading details
3 Britain after Brexit will not be alone, but it will be lonelier
4 Getting out from under ‘never-ending’ Celtic Tiger debt burden
5 Banks withdrawing from ATMs – another failure of regulation
6 Election 2020: Parties' pledges on housing simply don’t add up
7 Pensions: Estonia plans to unleash a potential €4.85bn on economy
8 EU eyes phasing out smallest euro cent coins
9 It’s getting easier and more profitable to be green
10 BBC announces 450 jobs will go in newsroom shake-up
Real news has value SUBSCRIBE