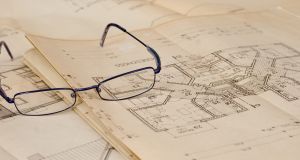 A €79 million development of 360 homes on the outskirts of Blessington, Co Wicklow has been refused planning permission as it would have resulted in excessive population growth to that planned for the town.

An Bord Pleanála has rejected the application by a Bray-based development company, Windlynn, for a seven-year permission to build 330 houses and 30 apartments as well as a creche at Kilmalum Road in Blessington under the fast-track planning application process for strategic housing developments.

The 12-hectare site lies mostly within the administrative area of Kildare County Council about 1km from the centre of Blessington.

The board said it had taken into consideration that the Kildare County Development Plan only provided for a target of 60 new housing units in its administrative area near Blessington up to 2023, as well as the site’s location on the periphery of the town.

It also had consideration for “deficiencies in pedestrian and cycle infrastructure and the lack of a frequent and accessible public transport service”.

The proposed development would have consisted of a mix of houses, duplexes and apartments ranging up to three storeys in height, and also provided for an upgrade of local roads to include a pedestrian crossing and cycle track.

Windlynn originally only wanted to build 266 units on the site, but revised their plans as a result of a pre-application consultation with planning officials.

The board noted the objectives of the local area plan for Blessington stated that development in the town should proceed on a sequential basis with new housing initially being built on undeveloped lands near the town centre.

It said the site earmarked for development was also located on lands that were classified as being at risk of flooding.

The board said Windlynn had not provided sufficient detail of how the development would not increase the risk of flooding elsewhere which meant it would be “prejudicial to public safety”.

It also refused planning permission for the project due to the inadequacy of the proposed pedestrian and cycling infrastructure which it claimed would endanger public safety by being a traffic hazard.

Wicklow County Council claimed there was already adequate lands zoned for new housing in the town.

The National Transport Authority observed that demand for travel from the development would be catered for predominantly by private car.

A total of 13 submissions were received about the development with the vast majority raising concerns about the inadequacy of local infrastructure to accommodate such a large housing scheme.

Some members of Wicklow County Council said the development would increase pressure on community infrastructure in Blessington as levies would be collected by Kildare County Council which would result in no related investment in the town.