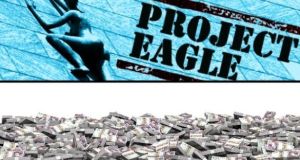 The C&AG found that the Project Eagle sale could have cost the taxpayer up to €200m.

It emerged recently that the agency did not keep notes used to prepare the minutes of two meetings at which the Nama board decided to sell its Northern Ireland loans, now known as Project Eagle.

Mr Daly told the Dáil’s Public Accounts Committee (PAC), which is investigating the sale of the assets to US company Cerberus that the secretary destroys the notes once the minutes are agreed as the notes themselves are no longer needed.

“This is the practice which Nama operates and which, I understand, applies throughout the public service and elsewhere in line with with best practice in corporate governance,” said Mr Daly.

Responding to questions from PAC chairman Fianna Fáil TD John Fleming and other members, Mr Daly conceded that, with hindsight, it would have been “easier” on the agency if it had kept the records.

The PAC specifically sought evidence of Nama board discussions at meetings in December 2013 and January 2014 dealing with how the loans would be valued before the agency put them on the market in early 2014.

A report by Comptroller and Auditor General Séamus McCarthy, found that the Project Eagle sale could have cost the taxpayer up to €200 million, which Nama disputes.

The row between the two State agencies boils down to the method used to value what Project Eagle’s loans may have been worth when they were put on the market against what they might have been worth had Nama kept them.

Mr McCarthy’s report said that the agency should have valued them using a 5.5 per cent discount rate, while Nama argued that it used 10 per cent, which it said was more realistic.

Mr Daly and Nama chief executive Brendan McDonagh have told the PAC several times that the board discussed this issue in detail. Mr Fleming noted that the Dáil committee has no written evidence of those discussions, although he said it accepted the agency’s oral evidence in good faith.

The Nama chairman’s statement noted that the agency has answered almost 2,000 oral and 100 written questions on Project Eagle from the committee. Wednesday was the fifth occasion on which Mr Daly and Mr McDonagh appeared before the PAC to discuss the deal.

The PAC began its inquiry in response to Mr McCarthy’s findings. It will report in the new year.

1 Charlie Chawke plans 290 apartments and hotel on Goat pub site
2 Row over ownership of Fota Island resort comes before High Court
3 College of Surgeons faces legal challenge to Na Fianna GAA contract
4 Tax and the Pandemic Unemployment Payment: Your questions answered
5 Reopening economy does not cause coronavirus spike – researchers
6 Four things that could help Ireland escape from the Covid-19 recession
7 Paschal Donohoe sees consumer ‘prize’ in slow reopening of economy
8 Irish banks’ failure to innovate could leave them written off for good
9 How to mix the colours on the business ‘strategy palette’
10 Property market bottoming out before coronavirus crisis hit
Real news has value SUBSCRIBE