105 Malahide apartments at The Casino for more than €40m

Homes produce rent roll of €1.9m but market rental value is around €2.37m 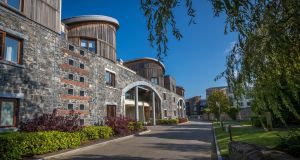 The Casino was developed by Gannon Homes in 2005 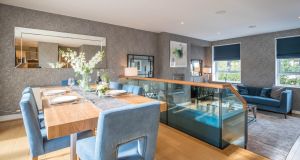 The Casino was developed by Gannon Homes in 2005

One of Dublin’s best contemporary apartment developments looks set to become a highlight of the new selling season in January when the multi-family investment in Malahide village is offered for sale in a single lot.

The Casino, an impressive development of 115 high quality apartments overlooking the coastline on the edge of the village, was developed by Gannon Homes in 2005. Ten of them were sold to private buyers at that time and the remaining 105 units are expected to attract serious bidding from a range of Irish and international investment groups when the 2017 season gets under way. Well located apartment blocks producing strong rents have been in constant demand from investment groups such as Iris Reit, Kennedy Wilson, Patrizia and Marathon.

The portfolio comprises 85 two-bedroom and 20 one-bedroom homes. Most of them have double or triple aspects and are well proportioned with average floor sizes in the region of 85sq m (918sq ft) for two-bedroom homes and 59sq m (636sq ft) for one-bedroom units. All apartments have balconies or terraces and many of the penthouses also have clear sea views.

While the passing rent is in the region of €1.9 million per annum, recent lettings have shown a market rental value of around €2.37 million. This will equate to a gross yield of around 5.93 per cent once the units are fully let at up-to-date market values. Hooke & MacDonald report that the latest market rents average €1,450 per month for one-bed apartments and €1,600 for one-bed penthouses. Two-bed apartments have increased to €1,900 while two-bed penthouses average €2,250 per month.

The apartments were developed in the grounds of Casino, an 18th century thatched cottage once owned by the well known denizens of Malahide, the Talbot family. The two-storey cottage is now held by Fingal County Council who plan to restore it and create an exhibition space to house the Fry Model Railway collection. The house nestles in a large landscaped area with a stand of mature beech trees to the road.

Michael Crowe of architects Conroy Crowe Kelly devised a design solution of a perimeter garden wall encircling the Casino and constructed of natural materials such as stone, old brick, slate and shells. Behind the wall are a series of small courtyards with enclosing apartment buildings dropping in height from four to two storeys on site boundaries. The apartment buildings are softly rounded, echoing the footprint of the cottage. The result is an elegant solution – the walled garden concept succeeds in protecting the cottage and its setting but doesn’t deny the existence of the contemporary buildings. The old and the new sit comfortably together and the overall effect is remarkably balanced.

Malahide is renowned for its vibrant village atmosphere with an array of local shops, busy marina, bars, hotels, restaurant and upmarket boutiques. Further shopping facilities are located close by at The Pavilions Shopping Centre in Swords which accommodates over 80 high street names and an 11-screen cinema.