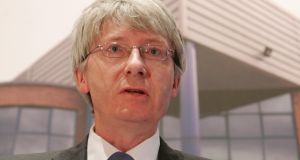 Balmoral International Land, a property company spun out of tropical fruits group Fyffes in 2006, expects the coronavirus crisis to have an impact on the value of its €150 million-plus portfolio this year, the company said in its latest annual report.

“Balmoral has achieved significant growth in its net assets in the last few years. For 2020 it is too soon to draw any conclusion on the impact of Covid-19. However, given the extraordinary circumstances prevailing, it is realistic at this stage to expect some decrease in the value of Balmoral’s properties during 2020,” the report said.

Still, the company said that the types of its properties and “quality of its tenants” will cushion it from “the most significant effects” of Covid-19.

The company added that the Brexit “remains a concern for the property sector with possible scenarios ranging from a neutral to a potentially materially negative impact”.

The UK formally left the EU at the end of January, but faces a crucial summit in Brussels next month to assess progress on whether trade deal can be reached by a December 31st deadline.

Balmoral is 57 per cent owned by members of the McCann family that were synonymous with Fyffes, before the company was acquired by Japanese conglomerate Sumitomo in 2017 for €751 million.

The Tokyo-based firm sold the 30 per cent stake Fyffes had held in Balmoral within six months of taking over the bananas-to-melons distributor – a vehicle linked to the property company’s chairman, Carl McCann, and his brother, David.

Fyffes and a former sister company, Total Produce, still account for more than a third of Balmoral’s €7.6 million rent roll. The value of Balmoral’s portfolio, which is mainly comprised of industrial and warehouse buildings, rose to €152 million from €142.5 million over the space of last year.

This was driven by value increases and purchase in Ireland as it sold an investment property in the Netherlands for €18.1 million and company took a value adjustment to reflect risks to its portfolio by Brexit. Management has taken €11.4 million of such adjustments in the past two years by taking a more conservative view than third-party valuers of uncertainties posed by Brexit.