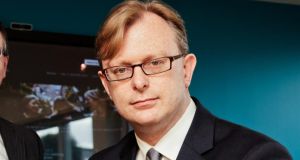 Ian Coulter: circumstances of departure reported to the Law Society of Northern Ireland, according to Tughans 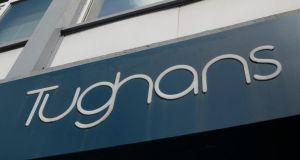 Tughans issued a statement saying its duty of confidentiality to its clients was absolute and that it did not comment on internal affairs. File photograph: Colm Lenaghan/Pacemaker Press

Tughans law firm in Belfast, one of the best-known commercial law firms in the city, said on Friday its former managing partner, Ian Coulter, left in the wake of a controversy over “diverted” fees.

Mr Coulter, a former chairman of the Confederation of British Industry Northern Ireland and a highly regarded businessman in the region, left the firm in January and there was a lot of surprise, but little explanation, at the time.

Known for his skill and experience in international mergers and acquisitions, Mr Coulter was voted Insider Northern Ireland’s dealmaker of the year in 2012, while Tughans was voted corporate law firm of the year.

Mr Coulter is a familiar name at the top levels of Northern Ireland policy-making and has worked with the Belfast Executive in negotiations with London on a special corporation tax rate for the region. He could not be contacted on Friday.

In the Dáil on Thursday, Independent TD Mick Wallace raised concerns about the sale last year to Cerberus Capital Management of Nama’s Northern Ireland loan book. He said a routine audit of Tughans, which he said was involved in the sale, had found £7 million (€9.8 million) in an Isle of Man account that was “reportedly earmarked for a Northern Ireland politician or political party”.

In response, on Thursday evening, Tughans issued a statement saying its duty of confidentiality to its clients was absolute and that it did not comment on internal affairs.

“In response to the comments made today in the Dáil, we can confirm, however, that a former partner diverted to an account, of which he was the sole beneficiary, professional fees due to the firm without the knowledge of the partners. We have since retrieved the money and he has left the practice,” the statement said.

On Friday, some hours after it was asked if the allegedly diverted fees were linked to the Nama sale, the firm confirmed that they were.

It also named Mr Coulter and said he was involved in the “Project Eagle transaction”. Project Eagle was the name given to the Nama sale.

Tughans said it was retained in the deal by a major US law firm representing Cerberus.

“Tughans has co-operated fully with the LSNI’s inquiry. That inquiry is ongoing. The firm awaits the outcome of the inquiry before deciding which other agencies should be notified.”

The firm said it remained constrained in what it could say, but added that it was its position that “no part of its professional fee is payable or will be paid to any third party, politician or adviser”.

In his statements in the Dáil, Mr Wallace queried why two members of the Nama advisory committee in Northern Ireland, Brian Rowntree and Frank Cushnahan, had remained in their roles after they had resigned from the Northern Ireland Housing Executive in 2012 against a background of controversy over land deals and payments to contractors.

“As with any professional services firm, on occasion clients, referrers of work and other bodies request use of meeting-room facilities, and they are accommodated where appropriate,” the law firm said.

“The Nama Northern Ireland advisory committee held a number of meetings in [Tughans] office, as is a matter of public record.”