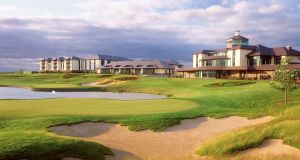 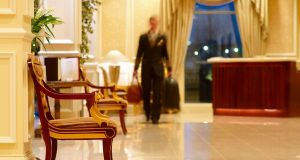 The lobby of the Heritage Hotel. 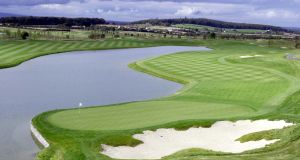 The golf course has been sold separately. 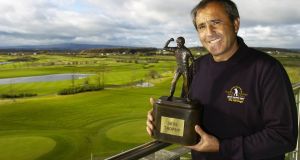 The five-star Heritage Hotel in Killenard, Co Laois has been sold for close to the guide price of €9 million through agent CBRE.

It was bought by FBD Hotels and Resorts which runs four hotels in Ireland and two resorts in Spain, including La Cala Resort and the Sunset Beach Club on the Costa del Sol.

The price represents a tidy profit for two US-based investors who acquired the hotel about four years ago for more than its then asking price of €5.5 million.

One of the investors, Adrian Carmack, is a co-founder of the firm that created ground-breaking game franchises Doom and Quake.

Mr Carmack was part of a team of game developers and designers at Id Software credited with popularising the first-person shooter genre with a game called Wolfenstein 3D, before later developing even bigger-selling titles.

Adrian Carmack was reported by the Wall Street Journal in September 2005 to be suing his former company, which he claimed was worth $105 million (€82 million) in 2004.

The case appears to have been later settled. ZeniMax Media acquired Id Software in 2009 for an undisclosed sum.

Located between Portlaoise and Portarlington, the Heritage is noted for its spa, one of the top five in the country, a well-finished facility alongside 20 treatment rooms. There is also a health club with a gym and fitness studio as well as a 15m leisure pool, Jacuzzi, saunas and steam rooms.

The hotel has a superb parkland setting overlooking the renowned Seve Ballesteros-designed championship golf course. The Heritage and adjoining golf course were sold by receivers to separate investors when the property market crashed but the hotel still attracts a substantial number of golfers due to the appeal of the course designed by the Spanish maestro.

The Heritage Hotel was built in 2004 and includes 98 bedrooms, of which three are penthouse suites, 10 are junior suites and 85 are guest bedrooms.

There is a restaurant, bar, conference and banqueting facilities, bespoke business centre and a 50-seat auditorium/cinema. The venue hosted more than 60 weddings last year.

It benefits from being about an hour’s drive from Dublin and close to the M7.

The surrounding area is close to the Slieve Bloom Mountains while horse racing at the Curragh, Naas, Punchestown and Kilbeggan is close at hand. Kildare Village shopping outlet is nearby as well.

Funding for the golf facilities came from Anglo Irish Bank while finance for the hotel was provided by ACCBank.