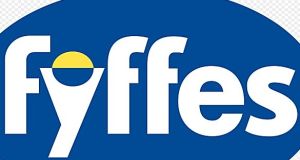 Fyffes, synonymous with the McCann family, spun off and listed its property portfolio in 2006 on the junior Dublin and London stock markets as a company called Blackrock International Land.

Japanese group Sumitomo has sold its 30 per cent stake in property company Balmoral International Land Holdings, an investment it inherited last year as part of its takeover of Fyffes.

A spokesman for Balmoral confirmed to The Irish Times that a vehicle linked to the company’s chairman, Carl McCann and his brother, David, has acquired the stake. The entity is named in Balmoral’s latest annual report as Huntroyde.

The transaction, which took place at the end of August 2017, means that members of the McCann family either directly own shares or are linked to companies that have a combined holding of more than 55 per cent of Balmoral’s shares.

Fyffes, synonymous with the McCann family, spun off and listed its property portfolio in 2006 on the junior Dublin and London stock markets as a company called Blackrock International Land. It was subsequently renamed Balmoral in 2010 and delisted from the stock market a year later following a slump in its share price during the property downturn.

Japanese conglomerate Sumitomo received its 30 per cent stake in Balmoral early last year when it took over Fyffes in a €751 million deal.

Balmoral said in the annual report that its net asset value rose by 63 per cent to €59.7 million last year, as it sold UK and Dutch assets for in excess of how they were valued on its books.

The movement was also helped as the company reduced its gross borrowings during the year, according to its latest set of public accounts for Balmoral, whose shares are traded on a “grey market”.

“While Balmoral recorded significant growth in its net asset position in 2016 and 2017, it is not anticipating any material increase in the value of its properties during 2018, with a likely modest increase in Ireland expected to be offset by a probably decline in the UK,” chairman Carl McCann said in the annual report. “Brexit remains a significant concern with scenarios ranging from a neutral impact to a potentially material negative.”

The company said that it aims to continue to boost the value of assets by having some of its assets re-designated – with necessary planning permissions – for different use, and pursuing other opportunities to maximise income. “The group will consider raising additional equity, depending on its future requirements,” it said.

Some 64 per cent of its portfolio is currently comprised of industrial and warehouse assets, 25 per cent office and 11 per cent mixed use land.