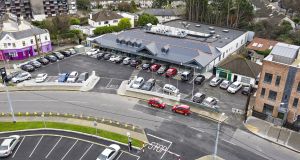 Tenants at 96-98 Churchtown include Union Cafe, which is operated by Paddy McKillen jnr.

French fund MNK Partners is in line for a net initial yield of 6.5 per cent on its investment following its acquisition for €5.25 million of 96/98 Churchtown in south Dublin.

Located on the site of the former Braemor Rooms and McGowan’s pub, the property was offered to the market by BNP Paribas Real Estate earlier this year following a substantial redevelopment by the vendors, MM Capital.

Tenants include Union Cafe, part of developer Paddy McKillen Jnr and Matt Ryan’s ever-expanding Press Up Entertainment group, Centric Health and Floral Art of Greystones. It is producing a rent roll of €371,000 on new 10-year leases.

Centric Health Churchtown Medical contributes more than 50 per cent of the rent from its medical centre and a pharmacy unit sublet to Meaghers Pharmacy.

Union Cafe, part of Paddy McKillen jnr’s Press Up Entertainment Group, pays € 155,000 for its premises with an all-day dining and liquor licence.

Separately, a unit is also let to Floral Art of Greystones – its second location – at a passing rent of € 18,000 per annum.

The centre overlooks the village green at Churchtown and opened for business late last year. It extends to 1,139sq m (12,260sq ft) and benefits from 33 associated surface car-parking spaces.

The Churchtown investment is also close to a 262-unit apartment scheme at Fernbank which Irish Life Investment Managers bought last year for about €100 million.

The former McGowans pub was acquired originally in 2007 by Select Retail Holdings (SRH) which had bought Superquinn in 2005 for € 450 million. SRH was a consortium comprising developers Bernard McNamara and Jerry O’Reilly, as well as businessmen David Courtney, Bernard Doyle and Terry Sweeney.

Musgraves secured ownership of the property when it acquired Superquinn but sold the pub in 2014 at a heavily-discounted price to MM Capital.

Prior to commencing the development of the 96/98 Churchtown scheme, MM secured planning permission for a residential development on a portion of the site, which it sold on to builders, Homeland Projects.

Commenting on the sale of 96/98, BNP Paribas Real Estate said: “This exceptionally well-finished and fully-let development attracted strong interest from a wide variety of investors. The completion of this transaction highlights the fact that well-positioned suburban retail is still attractive to an array of investors, notwithstanding current market sentiment.”