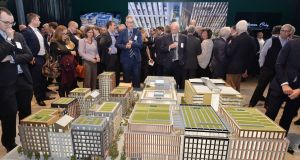 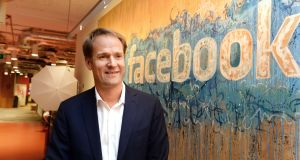 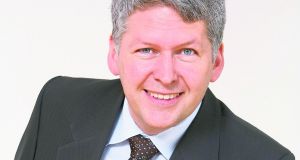 Derry Gray, president of the Dublin Chamber of Commerce: “The real issue we need to deal with urgently is density, which is shockingly poor in Dublin.” 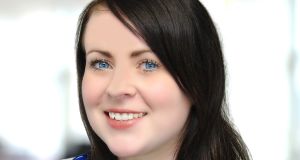 Tanya Duffy, property researcher at Lisney: Preserving Dublin as a low-rise city is “no longer viable. We have hidden behind the myth that Irish people don’t like apartments.” 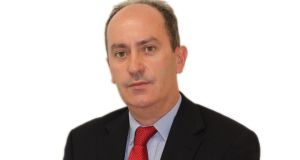 Donal Kellegher, head of development land at Cushman & Wakefield: Dublin City Council is “missing a vital opportunity in this development plan to address the density and height debate”.

“The scarcity and cost of residential accommodation in Dublin concerns me . . . something needs to be done to get the residential market back building again,” said Gareth Lambe, the head of Facebook Ireland recently.

To have the head of such a high-profile company like Facebook speak in such terms must send shivers down the IDA’s spine. After all, the social network has grown its Dublin headcount to 1,500 since opening here in 2008 and has space for around 2,000 at its south docklands offices. Its growth suggests it’s likely to add to its Irish operations.

But while rents soar above Celtic Tiger era peaks, the real elephant in the capital’s housing crisis room is population projections. According to the CSO, the population of the greater Dublin area could grow by between 174,000 and 400,000 by 2031, while the city’s population is expected to rise by up to 286,000. These predictions, however, were produced in 2013. Preliminary results from Census 2016 show that the population of Dublin’s four local authority areas increased by 5.7 per cent, or 72,333 people, over the past five years to stand at 1,345,402. These figures are very sobering when you consider that Ireland is struggling to build even 13,000 housing units nationally a year.

You’d imagine, therefore, that Dublin City Council and its elected representatives are urgently addressing the accommodation crisis. But you’d be wrong, some would argue, if the Dublin City Development Plan 2016-2022 is anything to go by.

Derry Gray, president of the Dublin Chamber of Commerce, believes Dublin needs to take a radical approach to housing in order to make it affordable.

“Dublin is choking; it’s a doughnut city. The CSO believes there will be 400,000 more people living in Dublin by 2030 and 600,000 more by 2050. Meanwhile, we’ve been having smokescreen polemics about the height of apartment blocks in the city while the real issue we need to deal with urgently is density, which is shockingly poor in Dublin.”

Mr Gray says the new development plan does not address density “in any meaningful way” and that there is little evidence that anyone in officialdom “gets it” on density. He believes that Copenhagen, where there are roughly 400,000 more people living in the equivalent of the area between Dublin’s canals, offers an ideal model for density.

“In Copenhagen they first put in the infrastructure – transport, parks, etc – which then opens areas up for development. Alongside this are high-density micro plans for given areas, which ensures that there will be the population to sustain the services already put in. Now, given budget constraints, the Danes have come up with imaginative ways to fund the ‘infrastructure first, housing second’ model.

“For example, there is a special tax on those who live close to newly built train lines. There is no evidence in the Dublin development plan of dealing with density in such broad and imaginative ways. Given the population and development pressures coming down the line, public discourse on this issue needs to be about density – not height.”

Donal Kellegher, head of development land at Cushman & Wakefield, also believes Dublin City Council is “missing a vital opportunity in this development plan to address the density and height debate . . . particularly along the docklands quays where a significant new skyline height would have little negative impact on conservation areas. Average heights of eight storeys look wholly inappropriate along the north and south quays in the docklands Special Development Zone. An average height of 50m is more appropriate to ensure we efficiently use the remaining key docklands sites to deliver offices and high-density apartment units for growing pent-up demand in Dublin.”

Ballsbridge could also support higher density, Kellegher adds, and the development plan could have extended by 500m “the rail hub areas for higher density, as supported by the National Transport Authority, which would have facilitated an increase in higher-density schemes in some relevant locations”.

Tanya Duffy, property researcher at Lisney, says the new development plan’s “desire not to permit tall buildings and to preserve Dublin as a low-rise city is no longer viable. We have hidden behind the myth that Irish people don’t like apartments, but in our experience a very large number of Irish, new Irish and visiting office workers want to live in the city and especially in the south docklands where there is appetite from developers to build much higher buildings than the 50m limits.”

Dublin City Council’s chief executive Owen Keegan pushed to have an increase in the height of apartment blocks in the city’s “low-rise” centre included in the new plan. His proposal would have seen apartment height restrictions rise to 28m (nine storeys) across much of the city – the same as office blocks – but councillors approved up to eight storeys only.

There are, as per the previous development plan, four locations in the city where buildings of more than 50m are permitted – that’s above 16 storeys for apartments and 12 storeys for offices. These are the docklands, George’s Quay, and the Connolly and Heuston station areas. Nine areas are identified as having potential for mid-rise buildings of up to 50m, but only if a local area plan is devised which permits higher buildings at that location. Curbs on height are more acute in the city suburbs where residential and office buildings in most areas are not permitted above four storeys. Buildings located at major rail stations or “hubs” are permitted up to six storeys.

However, the changes to apartment building heights in the new plan are an increase from 19 metres (or six storeys) across most of the city. But these previous guidelines are only about one storey above the Georgian core and have hamstrung many city centre sites which could have accommodated more residential development. Think of the many six-storey apartment schemes in the south docklands. Surely the area around Hanover Quay, close to the Dart and not overlooking the Georgian core, could have accommodated a greater residential element? Instead, it’s virtually deserted after the office workers leave in the evening while its retail offering is limited to a few high-profile locations because there aren’t enough locals to sustain anything else.

However, there are many who see no real merit in the view that Dublin needs to go up to achieve a higher density of urban living. “This worthy objective could be attained by working with what we have, rather than against it,” wrote the former environment editor of The Irish Times Frank McDonald recently. “The most environmentally sustainable way to increase urban density is to raise the height to five or six residential storeys. At this height, European-style densities of 160-200 housing units per hectare could readily be achieved.”

David O’Connor, who lectures on planning at DIT, bemoans “much poorly informed media commentary” which blames the lack of housing supply on overly restrictive planning regulations. “Let’s be clear,” he says, “our planning regulations are the lightest in Europe, and yet we have this problem of lack of supply. In fact, allowing taller buildings will not help at all. For starters, they usually take too long to deliver.”

He believes the Dublin City Development Plan 2016–2022, which came into effect on October 21st, is quite balanced and nuanced on building heights. “It envisages clusters of tall buildings at strategic nodes around the city, particularly the docklands and around major transport hubs such as Heuston station. This is a good thing. Tall buildings can have a big role in creating identity, structure and a sense of place. Clustering tall structures at strategic locations around the city makes sense. These locations are opportunity areas, and how we develop them is critical to building a sustainable city for everyone.”

O’Connor maintains that “to understand the real problem in Dublin perhaps we should look to finance” as there is an “over-reliance on private initiative to deliver what is essentially a social good”.

This theme is taken up by Ciarán Cuffe of the Green Party who says: “What we now need is assistance from central government, Nama and others to provide the infrastructure and the capital to deliver housing units. The Government should encourage the use of a portion of semi-state pensions to fund housing, and should facilitate credit unions in their efforts to fund housing construction. They should also make greater use of European Investment Bank funding to address the housing crisis.”

But talk about building height seems trite when you consider those populations projections mentioned earlier. Imagine 400,000 more people living in Dublin by 2031? This number is stark, as are the social and economic consequences arising from shortages of housing and offices. One wonders if the will exists to grasp the magnitude of Dublin’s development nettle.