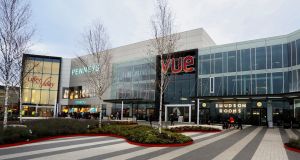 BVK is believed to have paid more than €630 million for the shopping centre, which former owners Hines, HSBC Alternative Investments and the Grosvenor Group put on the market in July. The sale to BVK was agreed in October. Eastdil Secured advised the sellers in the transaction.

Hines, a Texas-based commercial real estate group, will continue to act as asset and development managers for the centre following the closure of the sale.

The 18-year-old Liffey Valley centre was acquired for the pension scheme group by investment manager Universal-Investment. The centre, which is in expansion mode, is the latest of a number of real-estate acquisitions across Europe by Universal-Investment on BVK’s behalf.

Liffey Valley first opened its doors in 1998 on the controversial Quarryvale site and it now has more than 100 shops, 3,500 parking spaces and more than 71,000sq m of retail and leisure space.

Planning permission was granted in August for an additional 22,000sq m in net retail space, while the development will also include a new civic plaza and a 2,500-seat Olympic-sized indoor ice rink.

His company was looking forward to continuing its work to grow the centre, he said.

Hines and HSBC Alternative Investments bought what was a 73 per cent stake in Liffey Valley in 2014 for about €250 million, while the Grosvenor Group, a British group operated mainly on behalf of the Duke of Westminster, was involved in the shopping centre from its inception.

“We believe the fundamentals of the Irish economy and the continuing recovery in Irish consumer confidence will sustain investor interest in 2017, following a busy 2016,” said HWBC managing director Tony Waters.

Munich-based BVK, which has more than €60 billion in assets under management, is not the only German institutional investor to be active in the Irish commercial property market in recent times.

Insurer Allianz, which is also based in Munich, took control of Dundrum Town Centre in July alongside UK partners Hammerson. The deal, stemming from Allianz and Hammerson’s 2015 purchase of loans attached to the property, valued Dundrum at more than €1 billion.

Elsewhere, the Whitewater Shopping Centre in Newbridge, Co Kildare was sold to German fund Deka Immobilien GmbH for €180 million in a deal completed in March.

Blanchardstown Town Centre also changed hands this year, for €945 million, but in this case the winning bidder was a US company, the investment giant Blackstone.