Coders with a conscience ready to change the charity sector 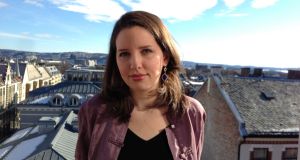 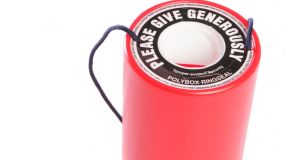 The private sector is humming with digital marketing tools and algorithims. It’s at the heart of every organisation’s growth plan. But what of the likes of charities and non-governmental organisations? Can such systems increase active membership and raise awareness for a cause?

Given the salaries offered in the private sector to gifted engineering graduates with a flare for code and intuitive programming, it’s not easy to find too many computer science students learning to code because they want to “make a difference”.

But one exception is Jean O’Brien, a digital communications expert who has applied her skill set to the promotion of social justice for most of her career.

“Because charities are under so much pressure to stay afloat, there can be a reliance on ‘proven’ forms of fundraising; but then these forms are so overused that they deliver less and less each time they’re used,” she says. “Online donations are growing faster than any other form of donation. Still, people at the top, for example senior management and boards, are not really ‘getting’ digital, or are swamped by so many other crises (funding, governance etc) that they don’t see digital as a priority – leaving us in the very risky position of lagging behind our target audience, most of whom now take digital communicaiton for granted.”

Progress in the sector is being made, however.

“Alone, the charity for older people, have put a big drive into developing online versions of their services,” says O’Brien. “Concern are also doing interesting things in the digital space.”

Uplift, a new online campaigning organisation, have also made a name for their work unifying online and offline actions.

“In just over a year they’ve built a community of about 70,000 people in Ireland, ” she says. “Generally though the Irish sector is way behind the UK and the rest of Europe. ”

Addressing the digital lag prevalent across a sector, which is already abysmally underfunded, will require a more comprehensive strategy. The first challenge is finding people with expertise in something as niche as digital marketing strategies for social justice campaigning. It will take more than a Hootsuite blitz of social media asking if any of your mates fit the bill.

While there’s no reason to believe the non-profit sector can’t benefit from exploiting digital communicatons tools in the same way private enterprises have, the unique position charities often occupy in our society means a “one size fits all” approach to digital marketing is probably not a route to success.

Amelia Showalter was digital director for the 2012 Obama presidential campaign and hopes to offer some lessons to Irish non-profit operations at an upcoming workship behind held by Irish Charity Lab next month.

What does a former political campaign strategist – digital inclinations notwithstanding – have to offer by way of advice for a room full of people with very different motivations for the work they do than holding political office?

“There is huge overlap between politics and charity in the digital marketing space,” she tells The Irish Times. “For example, in each, staff spends much of its time trying to get people to donate money. Politics is expensive in the US, and a lot of the time you are trying to convince lots of people to donate small amounts to a political campaign, which is similar to the charity sector.”

People are often motivated to donate for similar reasons in each case. “Many people see their donation to, say, the Clinton campaign, in the same way they might to Save The Children or some other charity: it’s a cause they want to be a part of.”

The same applies when fundraising strategies are being considered. Both political campaigns and charities must constantly be thinking about how to make better appeals, how to make their websites easier to navigate and simple to donate through.

“It’s not all about money though,” stresses Showalter. “Not-for-profits invest a lot of time putting pressure on politicians, getting people to donate their time and generally showing strength – all things that we do in politics.”

The focus at the workshops in September will be on acquisition: how to recruit more supporters.

“A lot of charities aren’t aware of all the new ways there are to recruit online,” says Showalter. “Too much is still being done offline.”

“I’m not saying that person to person contact isn’t effective, nor am I recommending charities stop using any methods that work for them.

“All I’m saying is there’s lots of other methods that also work but are likely more cost effective than hiring multiple staff for on street recruitment.”

Offering novelty elements such as the chance to have dinner with Obama, or even using tactics as flagrantly manipulative as the addition of cute pictures of the Obama family’s pets to campaign ads, all helped in what Showalter sees as the holy grail for campaigning: growing the size of your email list.

“In general, the best way to get people engaged is through email,” she stresses. “That may change in the future but for now, getting more donations and volunteers is best achieved through email is still the best way to do that. A lot of that is about self-selection: people choose to give you their email address, which is a higher bar than simply signing up to something or following someone on Twitter.”

With this in mind, the Obama campaign started spending money to get people to join their email list. “But we also raised over half a billion dollars online in the process,” she says.

Clearly the investment was worth it, but when Showalter has suggested similar techniques to charities, she is usually looked at blankly.

“It’s not surprising,” she says. “There isn’t a culture of investment like this in the not-for-profit sector. But charities need to introduce more paid petitions, game-ification and contests to get people interested in joining any email list.”

While presidential hopeful Hillary Clinton might be inclined to play down the importance of emails, her campaign team have nonetheless continued many of the digital strategies that proved effective for Obama four years ago.

“The Clinton campaign doesn’t get a lot of credit but she has a strong analytics team. Naturally I’m biased because I know a lot of them, not to mention the fact that they’re carrying on the legacy of Obama’s digital successes.

“They’re also taking advantage of new technologies like live broadcasting app Periscope, which Clinton launched her campaign from, and Facebook Live. I’ve also noticed when they send texts, they send a lot of images,” says Showalter.

Unsurprisingly, Showalter hasn’t much to say about the Republican side.

“Donald Trump certainly knows how to use social media to his advantage but his digital campaign is not a sophisticated operation. To my knowledge, they’re not doing any data-driven campaigning, but they haven’t needed to so far. It’s all been celebrity-driven.

“Former Republican presidential candidate Ted Cruz paid a UK-based analytics firm millions of dollars and still didn’t win. In the end, there’s only so much analytics can do.”

* Amelia Showalter is delivering a one-day workshop and participating in an evening panel discussion event with Irish Charity Lab, on September 5th and 6th. Details and booking at www.irishcharitylab.org/events