Start-up Summit Cork: know your market and learn to tell your story 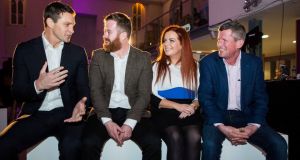 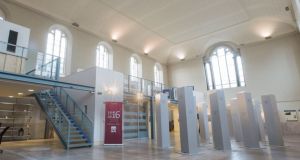 St Peter's Church in Cork, the venue for the Cork leg of te AIB Start-uP Summits. The next two stops are Dublin and Belfast

Networking was the buzz word at St Peter’s Church on Cork’s North Main Street for the second of four regional events for the AIB Start-up Summit. Three entrepreneurs pitched for a place on the eight-week academy which kicks off at the Irish Times next month. The winner of the Cork leg of this keenly fought competition, aimed at developing innovative businesses, was Wexford-based Mark Rowe of Dynomed whose company tackles sleep apnea through a health care application which improves the effectiveness of therapies for patients using positive airway pressure devices.

Hosted by RTE rugby pundit, Daire O’Brien, the pitching session was a tightly-paced affair with the start-up companies competing to win the Academy’s top prize, worth €200,000. The summit will travel to Dublin and Belfast, having started in Galway recently.

The other two businesses pitched in Cork were Claire McCarthy’s BashCo and Mel Clohosey’s Social Feedia.

Also at St Peter’s Church, imparting nuggets of wisdom about good business practises were Cian Ó Mongáin from Google and Michael Nolan from Grant Thornton. Nolan gave very simple but vital advice when he recommended that start-ups write down what they want to achieve and set targets. 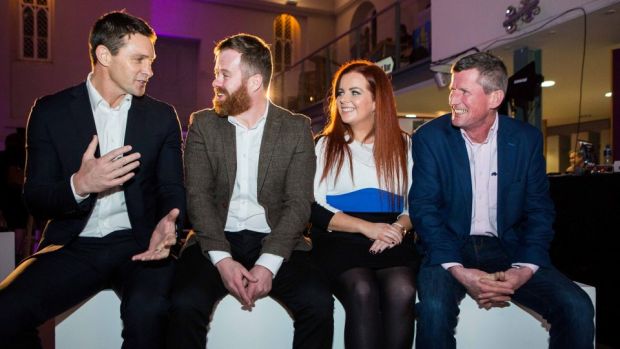 The panel comprised former Munster and Irish international rubgy player, David Wallace who is an ambassador for Statsports and whose business venture, on retiring from rugby, was the setting up of a sweet shop in his native Limerick as part of a franchise. Gráinne Dwyer, CEO of the Ludgate Hub in Skibbereen, spoke about the importance of thinking globally while Tom Durcan of Durcan Meats in Cork’s English Market voiced the growing desire for customers to know the provenance of their food.

The judges were Adrienne Rodgers from the Local Enterprise Office in Cork; John O’Doherty, head of AIB Cork County and David Murphy, head of digital solutions at the Irish Times.

Lessons learned at the event:

Learn to Tell Your Story
Mark Rowe has personal experience of sleep apnea, a disorder characterised by pauses in breath while sleeping. He decided to do something about it. “I suffer from the condition and so does my mother. I was a neurology technologist at Beaumont Hospital. I loved working with patients. But I always wanted to have my own business so I went back to college and did a master’s degree in business and enterprise. The best lesson I’ve learned from this event is to be yourself and tell your story.”

Know Your Niche Market
Claire McCarthy’s business provides technology-savvy females with an application to book experiences for stylish events, such as milestone birthdays, baby showers, engagement parties and hen parties. Based in Dublin, this Corkonian has a background in “the hen party market. My business has evolved from that. In targeting females, I think it’s good to stick with what you know. I don’t think I could target this business to a wider market just yet.”

Put Yourself Out There
Kilkenny-based Mel Clohosey’s business is a farm-to-fork marketplace for high quality, naturally made fresh food. Farmers, urban or rural, can supply directly to local consumers for a fair price allowing them to regain their connection with local food and the community. “This evening, there’s an unbelievable amount of bouncing ideas off others. It has opened up a whole new avenue for my own business. I realise you have to meet a lot of people. That’s my big thing now; keep going to conferences, meetings and things like this. Get your name out there and get publicity. The other lesson I learned tonight is how important mentors are. I have a number of mentors, luckily. I think everyone needs one.”

Don’t Be A Busy Fool
Tom Durcan, who sells high quality meat, has learned from his mistakes. He advised people at the summit to avoid being ‘a busy fool.’ When Durcan started his business over thirty years ago, he supplied companies “that I wasn’t going to make any money from.  I was basically being a busy fool instead of being shrewder. I can cherry pick my clients now whereas years ago, I’d jump in at anything that was available. A lot of that was not productive. Anyone starting up a business should sit down and take advice from someone who’s in business. It doesn’t matter what kind of business. We’re all buying and selling products, be it insurance, finance or meat.”}

Think Global
Grainne Dwyer’s base in the Ludgate Hub is ideal for someone who likes the big picture. The innovation centre has one of the fastest broadband connections in the country thanks to Skibbereen being chosen as one of the “demo towns for SIRO, a joint venture between the ESB and Vodafone.”  The hub provides a working environment for start-ups and has attracted entrepreneurs from Silicon Valley, Chicago and London.

“High speed connectivity has really catapulted businesses in the area. We now have a niche to attract people to relocate in Skibbereen. Our broadband is the same as Singapore. I think there’s a real opportunity for SMEs in Ireland to really galvanise their technological skills because opportunities for them are now global. You’re not competing with your neighbour, town or village. You can sell to the UK, France and the US. That’s going to create massive economic opportunities for SMEs all over Ireland. They need to up-skill and have a global presence. It’s all about using connectivity to think globally.”

Ask for Support
What David Wallace now realises is that he should have accepted more support than he did when he retired from rugby, due to injury and age. “I was lucky that I was nearly 36 when I retired from rugby. It was a good thing to have such a long career. But on the flipside, I was that bit older trying to start a new career. It was a bit more daunting in that sense. I realise that you need a mentor, even just as a sounding board. No one is immune from the need of support. Jim Barry from the Barry Group is an excellent mentor. Through my own fault, I didn’t avail of him initially but I found myself in the last year or so using him a lot. There’s an element of wanting to do things on your own. But you learn from your mistakes.”