Walsh Whiskey to split in two after dispute with Italian partner 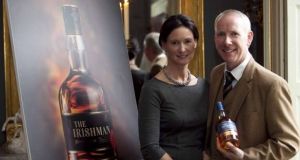 Co Carlow-based Walsh Whiskey has announced it is to split the business after a dispute with part-owner Illva Saronna about its future.

Illva Saronno, an Italian drinks giant whose products include Tia Maria, invested €25 million in Walsh Whiskey for a 50 per cent stake in the business in 2013. However, Walsh Whiskey said on Friday that as “the Irish and Italian directors differ on how to develop the combined business into the future”, a decision has been made to seperate the existing drinks brands business from the distillery.

Founders Bernard Walsh and his wife Rosemary, who originally established Walsh Whiskey, are to take full control of the existing drinks brands business, whose brands include Writers’ Tears and The Irishman. This business, whose other directors include drinks industry veteran Pat Rigney, will continue to trade as Walsh Whiskey.

Illva Saronno will take full ownership of the distillery, which is to be renamed “Royal Oak Distillery”.

Illva said its objective is to further enhance Royal Oak “as a centre of excellence in Irish whiskey making” by improving its technology and processes, producing all three styles, malt, pot and grain under one roof, and enhancing the visitor experience.

The separation of the businesses is effective immediately and without redundancies.

Walsh Whiskey was founded in 1999 and its flagship whiskey brands are distributed in 40 countries globally.

The Walsh Whiskey distillery, which has capacity to produce up to 8 million bottles of whiskey annually, opened in Carlow in June 2016 along with a visitor centre.