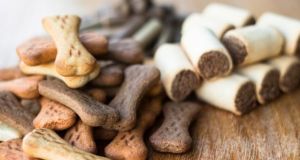 Pet food manufacturer Rondo Food is to close its plant in Arklow, Co Wicklow, with the loss of 135 jobs. The company, which makes snacks for cats and dogs, had signalled it may close the plant last month on foot of a sequence of negative financial results.

In a statement on Monday it said that after “evaluating all options” a decision had been made to relocate the facility to Krefeld in northern Germany by the end of January next year.

“We deeply regret this development. For eight years our Irish staff have shown immense commitment in contributing to the development of the site,” the company said. “ The unsatisfactory economic development and the market situation necessitate the bundling of operations at our largest location in Germany.”

Rondo Foods currently employs 650 staff and manufactures at two locations in Germany and one in Co Wicklow. It manufactures snacks for dogs and cats under private labels for several well known European pet food companies.

Last month it announced it had entered into a consultation process with staff over the future of the Co Wicklow plant.

“After evaluating all options, Rondo Food has reached the conclusion that by the end of January 2020 the facility will be relocated to Krefeld/Germany,” it said in a statement, while noting “all possibilities for the Arklow site were taken into consideration”.

Rondo entered the Republic in 2011 when it acquired the business of Gaines Europe Ltd. While it has undertaken “considerable investments” in modernising its Co Wicklow facility in the past few years, “the necessary turnover has not been reached in order to achieve viable financial results for the company”, Rondo Food said previously.

In 2018, Rondo’s turnover in Ireland slipped by 12 per cent to €13.5 million while its pretax loss more than doubled to €1.6 million. The figures show its parent company, Rondo Foods GMBH, advanced almost€4 million in loans during the year, bringing the total lending to €20.1 million.