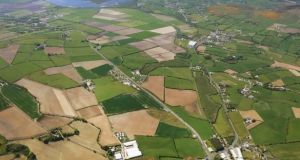 Revenues advanced by 3.3 per cent at Donegal Investment Group in the first eight months of the year, driven mainly by growth in its produce division.

In the eight months to August 31st 2016, earnings grew to €47.5 million at the agribusiness group, driven mainly by growth in its produce division. The group, formerly known as Donegal Creameries, reported a pre-tax loss of €545,000, down from a profit of €2 million reported in the same period in 2015, which is substantially due to legal costs relating to the group’s shareholding in Monaghan Mushrooms. Net debt increased by €600,000 to €14.9 million as of August 31st 2016. Adjusted operating profits increased by €1.3 million to €1.3 million “as a result of improved performance in all businesses”.

“During the course of the coming year, the group will continue to review options to further release capital from non-core businesses and assets and has recently marketed the Grianan Estate farm,” the firm said in a statement.The group put the estate, one of the largest farms in Ireland which is located in Co Donegal, on the market in June with a guide price of €17 million.

An interim dividend of 5.0 cent per share is to be offered by the firm.

The group also announced it has changed its year end from December 31st to August 31st, to allow it to have greater visibility on the seasonal performance of its produce and animal feeds business in advance of each new year.

1 Explainer: what is the row about SF’s multinational tax plan?
2 Pensions: Estonia plans to unleash a potential €4.85bn on economy
3 Getting out from under ‘never-ending’ Celtic Tiger debt burden
4 Brittany Ferries ends Cork-Santander route
5 Banks withdrawing from ATMs – another failure of regulation
6 More affordable iPhone 11 is unlikely star of Apple earnings
7 Fair Deal nursing homecare leaves little for bills and gifts
8 Election 2020: Parties' pledges on housing simply don’t add up
9 Britain after Brexit will not be alone, but it will be lonelier
10 Ryanair accepts labour agreement proposal for Irish pilots
Real news has value SUBSCRIBE