Greencore scraps bonuses after profits plunge 74.3% due to charges 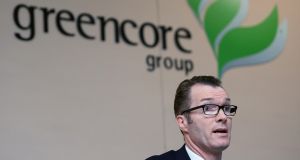 Greencore said £29.7 million of the charge related to the impairment of software assets after it decided not to proceed with the roll-out of a common enterprise risk management (ERM) platform across the UK.

A further £16.5 million stems from the cost of exiting a desserts manufacturing facility while £15.2 million of transaction costs relate to its $747 million purchase of US-based company Peacock Foods.

“The level of investment, restructuring and one-off costs that we’ve incurred in the year is greater than we expected and, in some aspects, is quite disappointing,” chief executive Patrick Coveney told analysts on a call on Tuesday.

He told The Irish Times that, had the company not abandoned the ERM software project in the UK, it would have incurred at least a further £50 million of costs over time.

Greencore’s annual report said that its remuneration committee decided not to award cash bonuses for the financial year even though the inclusion of Peacock’s results “could have merited a modest payout”.

Greencore’s stock has fallen by more than a fifth so far this year. This has been partly down to its biggest customer, Tyson Foods, buying an Ohio-based sandwich maker, which prompted fears that the group may lose lucrative contracts. Tyson became Greencore’s largest customer at the end of last year, following the Peacock deal.

However, it is believed that a “large contract win” signalled by Greencore on Tuesday relates to Tyson.

Looking ahead, the company forecast “strong growth” in the current fiscal year and said it was “well positioned to drive improved profitability, cash flow and returns over the medium term”.

How to pan fry the perfect chicken breast