C&C abandons US agreement with Pabst for cider portfolio 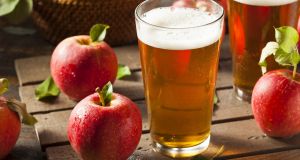 C&C said that it will resume responsibility for selling and marketing its portfolio of cider brands – including Magners, Woodchuck and Wyders – in the US from April

C&C’s struggling US cider brands distribution deal with California-based Pabst Brewing Company has been abandoned after less than two years.

In a statement to the stock market on Tuesday, C&C said that it will resume responsibility for selling and marketing its portfolio of cider brands – including Magners, Woodchuck and Wyders – in the US from April. The US business contributed about 4 per cent of group volumes in 2017 and less than 1 per cent of operating profits.

C&C chief executive Stephen Glancey conceded last July that there was little chance of Pabst, which started marketing and selling the Irish company’s brands in the US in March 2016, exercising an option to buy the brands in 2018, following a slump in sales and the value of the assets.

The Dublin-based company, which entered the US market in 2012 with the €235 million acquisition of Vermont Hard Cider and followed up with further investment, took €279 million of impairment charges and write-downs against the assets in 2015 and 2016.

In the statement on Tuesday, C&C said both parties recognised “current market dynamics require a different approach” that concentrates on Vermont’s core markets.

“The transition will be effected by selected sales and marketing personnel returning from Pabst, supplemented by a small number of external hires,” C&C said.

The company said it expected “limited” changes to the distributor network, and its partnership with Pabst in the UK would continue.

It does not expect any material transitional costs or change to its financial performance in the US as a result of the new arrangements.