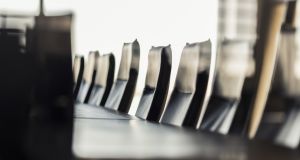 Origin Enterprises is on the hunt for a new chief financial officer as Imelda Hurley said she was would leave the company at the end of April.

Ms Hurley, who will step down from the board on February 28th, is leaving to pursue other business, academic and personal interests, according to a statement from Origin.

“Imelda has provided strong financial leadership during a period of significant change and transition for the group,” said Origin chairman, Rose Hynes.