The cattle were raised on a diet supplemented with lemongrass 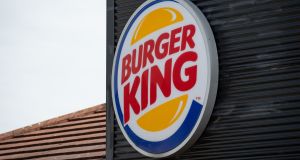 Meat producers and retailers have been under growing pressure from investors and consumers to cut the climate impact of their products. Photograph Jacob King/PA Wire

Burger King will begin selling Whoppers sourced from cows that belch out less methane as the fast-food industry grapples with a questionable sustainability record.

The chain, owned by Restaurant Brands International, will debut a sandwich on Tuesday made from cattle raised on a diet supplemented with lemongrass, the company said. That’s expected to cut greenhouse gas emissions from those animals by about a third.

The new menu offering comes as a growing number of major food brands reckon with their large role in contributing to global emissions. Meat producers and retailers have been under growing pressure from investors and consumers to cut the climate impact of their products.

“To make a real impact in the world, we need the whole industry to change,” Fernando Machado, Burger King’s global chief marketing officer, said in an interview. “Just offering at Burger King is kind of like a drop in the ocean.”

Agriculture-related industries are second only to energy in terms of greenhouse gas emissions, and raising animals accounts for about 14.5 per cent of the global total. Cows emit methane that’s about 30 times more powerful than carbon dioxide at warming the planet.