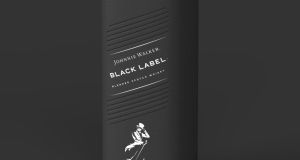 The new Johnnie Walker bottle will be produced for next year.

Drinks giant Diageo has created a plastic-free and paper-based spirits bottle, which will be used initially for its Johnnie Walker brand starting early next year.

The company, which also makes Guinness, Baileys and Smirnoff, said the bottle was made from “sustainably sourced” wood that it expects will be fully recyclable.

The new bottle comes as the group enters into a partnership to launch Pulpex Ltd, a sustainable packaging technology company. Pulpex partners include companies such as Unilever and PepsiCo, “with further partners expected to be announced later in the year”.

The consortium partners are each expecting to launch their own branded paper bottles, based on Pulpex’s design and technology, next year.

Ewan Andrew, Diageo’s chief sustainability officer, said the company was “proud to have created this world first”. Unilever’s Richard Slater noted that his company was looking to halve its use of “virgin plastic” by more than 100,000 tonnes in the next five years.

Consumer product companies have come under increased scrutiny for the amount of plastic they use in packaging food and other household items. In Europe, for example, 8.2 million tonnes of plastic were used to package food and drink in 2018, according to ING analysts.

Diageo uses less than 5 per cent of plastic in its total packaging, but along with Unilever and PepsiCo, has set targets to reduce and recycle plastic in their packaging as part of the United Nations Sustainable Development Goals programme by 2025. – Additional reporting: Reuters