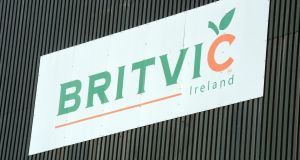 Britvic has joined the ranks of companies deferring a decision on paying out a dividend until later in the year, as it assesses the damage caused by the Covid-19 shutdowns.

The soft drinks group reported a fall in sales and profit in the first half of 2020, with declines in volumes reported in Ireland, Britain and France.

Britvic, which owns MiWadi and Ballygowan, said reported revenue for the six months was £698.8 million, down 9.1 per cent year on year.

The period under review is slightly shorter than the comparative one in 2019, with changes to reporting leading to two fewer weeks of trading. On a like for like basis, revenue rose 1.4 per cent. Like for like trading also takes into account the impact of foreign exchange movements on the figures.

Adjusted earnings before interest and tax fell 9.6 per cent to £75.7 million; like for like, that decline became a 9.4 per cent increase.

Statutory earnings before interest and tax rose almost 12 per cent to £62.8 million, with basic earnings per share up 11.4 per cent to 14.7 pence. Profit after tax was £38.9 million.

The group said it had taken the “prudent” decision to defer the dividend decision until the impact of Covid-19 was clearer.

The first quarter showed a robust start to the year, Britvic said, with value share gains made in Ireland, Britain and Brazil.

But government restrictions from mid-March on the movement of people and on trading activity in the hospitality industry have taken its toll on the business, with on-the-go consumption hit. That was partially offset by an increase in the packs for at-home consumption.

Its British still and carbonates units both reported a decline in volume, although the latter showed showed a rise on the like-for-like basis of 7.9 per cent. France saw volume fall 18.5 per cent to 102 million litres, and 9.7 per cent on a like for like basis.

In Brazil, volumes were 10.7 per cent higher at 128.6 million litres, but average revenue per litre fell over the period.

Britvic previously estimated the impact on pretax earnings would be in the region of £12 million to £18 million, guidance that it left unchanged .

Britvic chef executive Simon Litherland said the world was “a very different place” from a few months ago.

“We entered the Covid-19 crisis with strong momentum, having delivered a robust first half performance, which continues our track record of consistent delivery since 2013,” he said. “As a business and as a team, we have repeatedly demonstrated our agility as well as our ability to successfully navigate tough headwinds. While these times are clearly unparalleled, soft drinks has proven itself to be a resilient category time and time again. As consumers increasingly turn to trusted brands, we are confident that our long-term strategy will continue to create value for all our stakeholders.”