Revenue at the company rose to €18.3 billion in the period 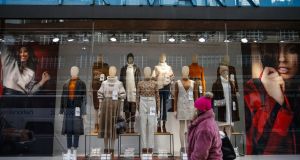 Pennys-owner Associated British Foods reported a 2 per cent rise in annual earnings on Tuesday, with growth at its Primark fashion chain and grocery businesses more than offsetting lower sugar profits.

The group, which also has major agriculture and ingredients arms, said on Tuesday it is well-positioned for further earnings growth in the new 2019-20 year, anticipating the continued expansion of Primark, a material improvement in sugar profit and strong profit growth in grocery.

AB Foods made adjusted earnings per share of 137.5 pence in the year to September 14th, exceeding guidance for a performance in line with 2017-18’s 134.9 pence.

The group said in its new financial year its sugar business will benefit materially from the increase seen this year in EU sugar prices and from further cost reduction.

It forecast another year of strong profit and margin growth in grocery, with Twinings Ovaltine in particular benefiting from a more efficient tea supply chain.

The group reiterated that the weakness of sterling in 2018-19 will result in a margin decline for Primark in the first half. It anticipates a small reduction over the full year.

Shares in the group, which generates about half of its revenue and profit from Primark, have increased 10 per cent so far this year. –Reuters