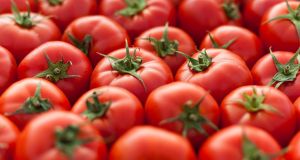 German retailer Aldi has renewed a five-year contract with Co Dublin grower Flynn’s Tomatoes in a deal worth €14 million.

The third-generation family business employs up to 20 people during peak growing season. Currently run by father and son team William and Martin Flynn, it has supplied tomatoes to Aldi since 2013.

“This new long-term agreement with Aldi is a huge vote of confidence in our business,” said Martin Flynn.

The Dublin company has also been involved in Aldi’s push to remove and limit unrecyclable packaging from its supply chain, becoming Aldi’s first fruit and veg supplier to remove black plastic trays from its produce earlier this year and replace them with cardboard trays.