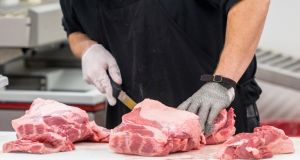 The State’s food promotion agency has received €3.05 million in funding from the European Commission to promote the EU’s pork and poultry in China and Mexico over the coming three years.

Bord Bia is spearheading the €3.82 million information and promotional campaign, which will begin early next year, targeting a combined population of 1.5 billion people across what are viewed as two key export markets.

“The development of the Chinese and Mexican markets for European pigmeat and the Chinese market for European poultry is of the utmost importance in maintaining and growing these sectors in Ireland and in assuring a viable return for producers,” said Michael Creed, Minister for Agriculture, Food and the Marine.

As such, Bord Bia’s campaign intends to strengthen awareness of Europe’s high quality and production standards, he said.

As part of the campaign, Bord Bia will welcome trade representatives from both countries to visit Irish farmers and producers.

China is now the Republic’s second largest export market for pigmeat, with exports for the first eight months of this year standing at more than €93 million. But we have yet to gain access to sell poultry meat. The Republic is working to achieve market access for Irish pigmeat to Mexico.