Time to pull out the big guns and tackle climate change

Merely changing our light bulbs for energy sufficient bulbs will not be enough to counter the effects of global warming. Radical action is needed, writes Elsa Anderling. 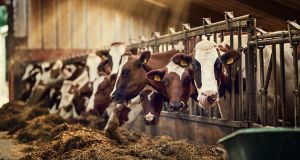 Climate change is a term that is often used and widely discussed, but not enough is being done to counteract it. We are past using phrases like ‘prevent’ at this point – climate change is happening as we speak, and has been for years now. We are therefore also passed the stage of changing our light bulbs to energy sufficient ones, telling ourselves that ‘that will do’.

It’s time to pull out the big guns.

The effects of global warming are well upon us  – the sea levels are rising, the droughts and heat waves are growing in strength and animal ranges are shifting. However, we already know all that. What we need to work on now is finding clever ways to quickly and efficiently change the direction we’re heading towards.

Some steps are being taken – we just need the means to speed up the process. And when I say we, I include the growing range of biotech start-ups and non-profit organisations around the world that are working non-stop to find sustainable, green and cruelty free ways to produce food.

Animal products that are produced from agriculture – meat, eggs and diary products – are today a large part of our everyday diets, globally, and provide a quarter of all the protein consumed in food.

The problem with that is that agriculture and livestock, mainly cows, are known to be major sources of green house gases. To be exact, live stock contribute to almost two thirds of agricultural GHG emissions, and 78 per cent of agricultural methane emissions, according to the FAO (Food and Agriculture Organisation of the United Nations).

According to a study by informantion and analytics science publishing company Elsevier in April, the greatest effect on our land use footprint would be to reduce meat production – a common finding among researchers. The two most efficient products considered as alternatives in the study were imitation meat and insects. Both products do accompany potential consumer perception barriers, and therefor the good news here is that a shift towards poultry meat, eggs and milk, also was associated with environmental benefits. Although, of only slightly smaller magnitudes.

Theoretically, we could by replacing animalistic meat with in vitro meat cover the global demand on meat. Especially replacing meat-based products like sausages, nuggets and burgers is regarded as a relatively simple process. This would not only reduce the green house gas emissions, it could also help fight famine. As the world population is expected to reach 9.8 billion in 2050, according to UN, producing enough food is already a pressing concern.

The problem, however, is the same problem as always. The root to all evil: money.

In 2013 Dutch scientist Mark Post presented the world’s first lab-grown burger, created through the growing of stem cells – taken from a live animal – in a nutrient serum that eventually turned them into muscle-like fibres. The issue here is that the burger took two years and $300,000 to produce. Although, in 2016 a company called Memphis Meats produced a cultured meatball for $1000. According to Mark Post it would be possible to grow even better versions of the patties for around $10 each – that is, if his technology could be scaled up to a higher level. That would mean a price drop by 30,000 times in four years.

While the recent news that the Irish government will provide €2.5 million to developing countries suffering from climate change – is nothing but good – getting to the bottom of the actual problem seems just as urgent, because the natural disasters certainly won’t wait for us to play around. Now is the time to invest in the future and make climate and food production research a priority, and to put adequate funding into it.

If it was made easier and more affordable for companies to produce cultured meats, these products could actually become available for the Average Joe in the grocery store and at the restaurant. For a product to become, at least as close as possible to, an equal option to the other products – the first step is for the product to actually be available, and affordable.

By doing that, no one is suggesting we should all instantly boycott all traditional meat, but let us at least be presented with the option to choose – and then take it from there. In fact, a study carried out in the US by Phillips and Wilks in February this year, suggests that 65 per cent of people would give cultured meat a try – a number that is likely to grow along with knowledge and awareness.

Another hot topic in the same ballpark is weather or not to tax red meat. All though the government recently ruled out a carbon tax for farmers of agriculture, this is a matter that will soon be inevitable. One could argue that it is in fact irresponsible not to, when a shift towards more efficient conventional animal products, with less land and water requirements, would undoubtedly make a significant difference for the food production footprint.

Ryan Bethencourt, co-founder of IndieBio – the world’s biggest biotech accelerator – is a vegan and food enthusiast and according to him the start-ups IndioBio work with want to reduce the environmental impact within food production. “The aim is to ensure that people keep eating what they love, but to produce it in a way so it’s not damaging the planet,” he told The Guardian earlier this year.

Now, that seems like something we should all be able to get behind.

With 195 countries signed up on the Paris Agreement and where more than nine out of 10 climate scientists agree that human generated carbon emissions are the main cause of global warming – it’s time to put our money where our mouth is. No matter how strange the thought of a lab-grown burger is, isn’t the thought of slaughtering millions of animals for their meat, and at the same time disrupting the planet and all its sources – even stranger?"