Progress is being made but it is painstakingly slow, writes Aisling McCabe 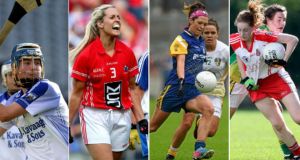 We breathe the same air, we have the same passion and we train just as hard, but for some reason in 2016, the treatment of women in sport is still a million miles away from that of the men.

Back in the 60s when women’s GAA first came to the forefront, the players had little funding, a lack of facilities and minimal support. Today, very little progress has been made in order to advance the game for women in comparison to the amenities and support systems that the men involved in GAA are so familiar with.

Colin Duffy, Irish sports journalist and higher education PRO of ladies GAA, said: “Growing up watching a lot of ladies football and camogie I know it’s fair to say that definitely the same efforts are going in but I think in a lot of cases it can be hard to get good officials and management teams and I think with the ladies’ teams they certainly struggle with that at club and county level.

“What’s interesting at the moment is that because the GAA are moving to an under-17s competition instead of minor and uner-18s that that might open up the possibility that they might move some of the games away from the bigger games and give ladies football and camogie the chance to have double headers with their male counterparts”, he continued.

Duffy also notes that in order for the games to continue to grow for women, the women themselves need to support each other. There are over 100,000 members of the ladies GAA community but when it comes to All Ireland Final day, less than half of this number attends.

Croke Park currently decrees that All-Ireland finals are held on separate dates. The men’s final attracts over 80,000 spectators every year while the women’s final has yet to reach half of this number.

However, in 2015 the ladies GAA final attracted the highest level of spectators ever at a women’s sporting event in Europe, with 31,083 loyal supporters coming out to watch Cork defeat the Dubs in a riveting game of football.

This year, the profile held by women’s GAA is more in the public eye more than ever before, but it is still a great distance from where it could be. The LGFA, the body that oversees ladies football, secured a three-year deal with Lidl and have so far received €1 million in funding for the sport.

County Mayo player Sarah Rowe spoke out recently about how even the minor issues such as the provision of hot showers and food after matches would make a huge difference.

Mayo’s Cora Staunton spoke out in December about how her Christmas wish would be to see the women’s All-Ireland Final take place on the same day as the men’s in Croke Park.

Although the ladies game is slowly making progress, it is still very difficult to predict what the outcome will be when it comes to playing both men and women’s finals on the same day in Croke Park.