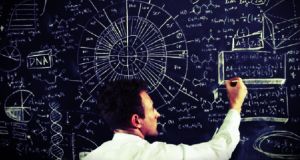 'For every student wasted studying law there could be a brilliant nutritionist, or radiographer, or marine biologist.' Photograph: Getty Images

The Irish Times recently revealed 1 in 6 students do not progress past first year of a higher education course, with up to 80 per cent dropping out of maths-related courses.

Obviously it’s partly explained by the fact that it is hard to ask an 18-year-old to pick the course that will likely decide their career for the rest of their life, especially when they will have had little experience of what those courses or careers would be like.

For example, I knew quite a few people who hated studying law. One person ended up changing courses but the others continued with their studies because they didn’t really know what they wanted to do, and it was better to have a degree than not.

These people had all been told law was ‘a good degree to have’. They knew they were good at English and history and figured law would be a good fit.

Even though I had the benefit of studying a three-week law course when I was a teenager, I’m now studying journalism. I don’t regret studying law but I realised I didn’t necessarily want to practice it. That took a few years and the benefit of experience for me to recognise.

Nowadays, when students are sitting down to put together their CAO list, chances are the only things they’ll have to go on are the three weeks of work experience in transition year, hearing about their parents’ jobs, and what they’ve seen on TV. A friend said he decided to put law down on his list after watching an episode of Law and Order.

It’s not surprising, then, that many people get to college and find that studying a subject is a far different experience to what they expected.
There’s pressure to pick a ‘good degree’. While points for arts degrees have been falling in recent times, they have been increasing for the STEM subjects. The reason it obvious – we have all been told they those degrees will guarantee you employment.

The students who are applying to university and ITs now grew up in the midst of the recession. While a decade ago the focus was far more about finding a course you were passionate about, our formative years taught us that it was important to be pragmatic and to think about financial security.

This may be a noble goal, it doesn’t take into account that fact that passion for a course is what keeps you going for three to four years, what allows you to get through enormous amounts of material, what spurs you forward as you battle through exams and assignments.

If you have no interest or passion in what you study it’s no wonder you end up dropping out.

We see students joining engineering courses because their teacher told them they were good at maths, only to find it enormously challenging. We see students studying science who struggle from exam to exam. We see students in computer science courses feeling like they’re so far behind everyone else that they’ll never catch up.

Then there are also factors which force students to drop out, no matter how much they like their course.
Rents have returned to their boom time levels, with even less housing available for students as they compete with young professionals and families. While digs may be seen as an alternative option, that can still be too expensive for some.

Fees have also increased, with the student service charge costing €2,500, not including additional charges which a university may add on like a student union fee, a charge to pay for construction of a student centre, exam fees and others.

It also does not include the cost of buying course materials and equipment, which depending on the course can run into the hundreds of euro.

There are university grants available but the system is flawed. By October of last year, SUSI still hadn’t processed 31 per cent of the grant applications. This means students may have started courses unsure of whether they would be able to pay for them.

It is wrong that so many young people are still barred from higher education for economic reasons.

We need to remove barriers to education. No student should be kept from studying because of financial circumstances.

It is being suggested that universities increase the points for certain courses to ensure that only those with the requisite math skills can join.

But being good at maths does not mean that a student will necessarily complete a course. I believe the biggest factor in determining whether a student will stick with a course or drop out is ratio of passion to workload.

If a student isn’t interested in a subject, while facing enormous pressure in terms of coursework, then we shouldn’t be surprised if they drop out.

Additionally, the problem does not just lie with people dropping out. It is also problematic when people stick with courses they hate, wasting their talents, their time and their enthusiasm for learning.

Transition year work experience is a good start. But we need a better way to inform students about different careers and courses.

For every student wasted studying law there could be a brilliant nutritionist, or radiographer, or marine biologist.