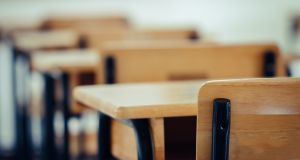 As far as attending classes goes, there’s no doubt that access to online schooling varies throughout Ireland

“The Leaving Cert has been cancelled, but it will be going ahead.”

No one knows what’s going on. Plans for student’s education change daily. New threats from Covid emerge hourly and the Government has made so many U-turns that they’re running in circles.

Students are regularly bombarded with Leaving Cert rumours and Government-driven ambiguity. These hydra-like dilemmas are endless and every time the Government cuts off the head of one problem, two new problems appear.

A myriad of conflicting announcements has left students more uncertain than ever before, leaving many feeling hopeless and unheard. The headlines come fast and furious but offer only confusion and contradiction:

The only thing that is certain is the Leaving Cert student’s lack of trust in the Government.

Throughout this ordeal politicians have been quick to voice their opinions on how the Leaving Cert should take place but they have little regard for whom it will affect the most, the students themselves.

While it is quite apparent that the predictive grading last year was a fiasco, it is still an option that is being discussed for 2021. Ugh! The opinion of students is divided with half advocating in favour of predictive grades, while the others plead for the exam to go ahead.

Perhaps it’s time for the Government to consider giving students an option that would address both points of view. Students could be given predictive grades on the first week of May and any student who is unhappy with their grades could be given the choice to sit their exams at the end of the month. This option offers fairness to all as it gives the students a choice - something we have never been given before.

As far as attending classes goes, there’s no doubt that access to online schooling varies throughout Ireland, with some schools receiving none at all. With this difference, how is it fair to give everyone the same exam while still expecting there to be an equal opportunity for an equal outcome?

The Government has thrown students into a pool of uncertainty leaving us struggling to keep our heads afloat. Minister for Education, Norma Foley is going to do what she does and the virus is unpredictable. Teachers are encouraging students to continue on as if the Leaving Cert will be taking place at the end of May.

Remember that you are not powerless, use your voice. Email your local TD’s, write to our minister, get tweeting #listentotheleavingcerts.

The government needs to remember that we are their future voters, it’s time they start treating us like it.