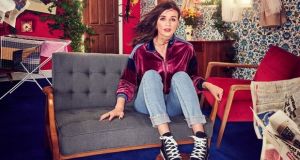 Aisling Bea’s This Way Up is spicy, sharp, but ultimately conventional:

When we first meet Áine, the fluently sardonic, kohl-eyed protagonist of This Way Up (Channel 4, Thursday, 10pm), her life has been recently turned upside down. Read more here

‘Gordon Ramsay’s Son needs to be dropped in the sh*t’:

I know what you’re thinking. You’re thinking, wouldn’t it be great if Karl Marx’s Das Kapital had way less politics in it and featured Gordon Ramsay’s son. Well, good news everybody! The first episode of Channel 4’s Born Famous is kind of like that. Read more here.

Gaza: ‘Most people here are ordinary like me. They just want to live their lives’: Garry Keane and Andrew McConnell’s beautifully shot documentary is careful and clear with the details. Opening credits tells us that Gaza is a narrow strip of Mediterranean coastline bordered by Israel and Egypt. Read more here.

Universities have recorded a sharp increase in the number of students wearing banned smartwatches in exam halls. Most third-level institutions prohibit the use of Fitbits, Apple Watches and other devices which allow users to upload and access documents. Read more here.

‘Huge increases’ to student accommodation costs ahead of rent caps:

The Government is taking over too much control of the third-level education system and is frequently ignoring the expertise of State advisory bodies, according to the former chief executive of the Higher Education Authority (HEA). Read more here.