Patience and a local focus: More clubs should be like Athletic Bilbao 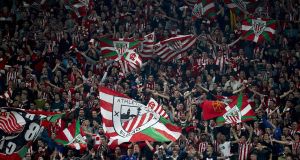 Athletic Bilbao feels on the inside precisely as it appears from the outside. To Aritz Aduriz, the striker who retired from the club last week, it always had the air of a “neighbourhood team taking on the world.” It was a club in which the players shared a background and an outlook, in which the line between the squad and its public was blurred to the point of invisibility, a team that is of a place in a sport that knows no borders.

The roots of that identity are well documented. Athletic are the rare team in elite soccer that refuses to take advantage of the globalisation that has transformed the game – mostly for better, occasionally for worse – in the last two decades or so; it adheres to a strict policy of fielding only players born or raised in the Basque regions of Spain and France.

It is, on the surface, a massive competitive disadvantage. Bilbao’s rivals, after all, can recruit from around the globe. Athletic is reliant on its own youth academy and on its ability to pluck players from a handful of other teams in the region: Real Sociedad in San Sebastian, Osasuna in Pamplona and, in recent years, Eibar.

Occasionally, a player of Basque heritage will emerge elsewhere: Athletic signed Bixente Lizarazu, a French Basque, from Bordeaux in the 1990s, and added Ander Herrera, born in Bilbao, from Real Zaragoza in 2011. Cristian Ganea, a Romanian international, was able to join the club in 2018 because he had spent some of his teenage years in the region.

Not all such players, though, meet the criteria. The club reportedly felt Marcos Asensio did not quite fit the bill and turned down the chance to bring him into their ranks as a teenager. He now plays for Real Madrid. That Athletic remain a force in Spanish soccer – they have never been relegated, and were slated to feature in the final of the Copa del Rey before the postponement of this season – is something of a minor miracle, then. It helps that the Basque region has been, traditionally, a fertile breeding ground for players. It helps that the club has the financial strength to resist all but the most lucrative offers for its stars, enabling it to keep its squad together.

And it helps, of course, that players like Aduriz revel in the feeling the club generates, that they buy in to what it means, that they relish the chance to play for a team that feels as if it stands for something. Something throughout Aduriz’s career drew him back remorselessly to Bilbao. He signed for the club three times, all told. He could never, really, say no, not even after he was sold for the second time, reduced to tears at the thought of having to leave yet again. Four years later, when Athletic asked him to come back, he could not resist. He wanted to retire there, to “close the circle,” as he put it, at the club of his heart.

Most of all, though, Athletic Bilbao works because of the fans. Modern soccer conditions its fans to think in a very specific way. What matters, ultimately, are results. Success, for the elite, is weighed in the silver and gold of trophies and medals. For everyone else, it is measured in the league table, an annual review held every weekend. If your team’s position is too low, if it is not meeting expectations, then it is your right to demand immediate change.

Coaches must be fired, players sold – and others bought – and, if necessary, executives dismissed: whichever one applies, but there must be change, and change almost always looks like recruitment of one sort or another. What is most compelling about Athletic’s model is that it deprives its fans of the chance to think like that. Of course, there are times when San Mamés, the club’s stadium, will roar its disapproval. There are seasons when the club will cycle through coaches, or when players will fall out of favour, or when the board will come under fire.

But written into the unspoken contract between Athletic and its fans is the tacit acceptance that there will be fallow years. There will be seasons when success is a comfortable midtable finish. There will be times when trophies are a distant prospect, and the best that can be hoped for is a single euphoric night against one of La Liga’s giants.

And that has to be tolerated, at least, because the model makes it inevitable. How could it not? Athletic cannot go and replace a player in the transfer market if there is not a Basque player who fits the profile. Athletic cannot spend hundreds of millions of euros on players if those players do not meet its criteria.

To some extent, Athletic have chosen to prioritise their model – still, more than a century on, not actually officially codified – over their ambitions. Success, at Athletic, is in doing as well as a neighbourhood team that has to take on the world can do. Some years, that might mean reaching a major final. Many years it will not, and yet still, the overwhelming majority of fans support the policy. There is no yearning for change, big or small.

There is something in this that might, perhaps, be a useful example for clubs far from the Basque region as soccer comes to terms with its new, post-pandemic reality. Many executives accept that soccer’s 30-year bull market is over, for the time being at least. Clubs will have to spend less, in the short term, and spend better to succeed. Change will not be so easy to effect in an altered marketplace, and problems will have to be solved, at times, by things other than cash.

For fans, too, it may be time to internalise a different idea of what success is, to accept that some years might be better than others, that building slowly and cautiously toward a pinnacle may not only be preferable but necessary. The idea that any other team might willingly limit their choices, as Athletic Bilbao have, is fanciful. Their model is not one that might be easily franchised. But the consequences of that model can be international, if we permit them to be. Change does not always have to be seen as a virtue. A team’s worth does not always have to be gauged exclusively by league position. Sometimes, success can just be having a team that is of a place, and has to take on the world. – New York Times

1 IRFU in line for €75m windfall as CVC acquire 14.5% Six Nations stake
2 Monica Seles: The warrior queen who could have been the best ever
3 Barcelona put a tough week behind them to keep Real Madrid in their sights
4 Here is your handy guide to sport on television this week
5 Matt Williams: Six Nations must recognise the desire for revolution outside Europe
Real news has value SUBSCRIBE
Crossword Get access to over 6,000 interactive crosswords