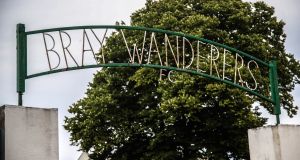 Less than a week after the Professional Footballers Association of Ireland (PFAI) cried foul in the case of Igors Labuts and Dragos Sfrijan, whose 12 month ban for match-fixing, it claimed, would cast a shadow over the pair for the rest of their careers, the players’ union suddenly find themselves at the heart of a battle to preserve the reputation of the league itself.

There have been many problems with the game here down the years but the essential honesty of what was taking place on the field of play had never really been cast into serious doubt until now with the Athlone and Bray cases suddenly threatening to plant an enduring seed of scepticism in the minds of the population at large.

You only have to listen to the locals in countries where the club game has had proven problems with corruption to know how fatally undermining that can be. Every error, every decision, every game can suddenly come to be regarded as suspect.

“The core of our league has been the integrity of it,” acknowledges the PFAI general secretary Stephen McGuinness who was out meeting the Bray players on Thursday night. “There has always been a belief that the players go out and fight for every point. Anything that plants doubt in people’s minds about that integrity is hugely damaging.”

The Wanderers players are said to have been “shocked” when anything up to 20 gardaí showed up on Tuesday night to question them at length about Friday night’s 5-0 defeat in a friendly against Waterford. The gist of it all was kept quite general, it is said, with no real hint of what line was being pursued but the Garda took a particular interest in some of the players’ phones and in the messages contained on a WhatsApp group that was routinely used by members of the squad.

Rumours were two a penny on Thursday as to what might have transpired although an early version – that Paddy Power had become suspicious by the amount of money being bet on the game – was dismissed by the bookmaker itself. Less than a thousand euro in total had been wagered on the outcome, a spokesman said, and while a couple of reasonably sized bets early on had promoted a shortening of the odds on a Waterford win from 9-2, trading continued as normal with no suspicions raised.

There is more talk that a well known British-based bookmaker might have been the focus of the activity with new accounts opened and significant sums bet but the players are adamant that none of them was betting on the game and so far neither the Garda nor the FAI, both of whom are investigating the situation, have produced anything to suggest they are lying.

Some surprise has been expressed that there was market on the game at all but a glance at the coupon of Irish games on Paddy Power shows that while there are only nine league or cup games involving senior club sides this weekend, odds are quoted on 45 matches with many seeming rather more obscure than last Friday’s friendly.

That enough could be wagered on the likes of it, though, to make a risk of that magnitude worthwhile seems hard to believe. At 9-2, €50 wins you €225, not the sort of money anyone is going to gamble their careers or good names on. Try to bet €5,000, though, and see how far you get.

The extent to which the scheme would presumably be doomed makes it seem pretty far-fetched. That the Garda and FAI appear to be taking it seriously is clearly a concern, however. The only certainty really is that if wrongdoing is ever proven, it will be more than a couple of players that end up paying a price.