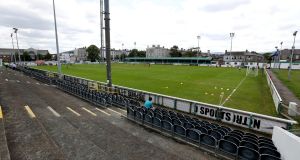 The FAI has confirmed that it has opened an investigation into an allegation of match fixing at Bray Wanderers after the club lost a friendly game against Waterford 5-0 at the Carlisle Grounds last Friday night.

Members of An Garda Síochána questioned the club’s players at length at a scheduled training session on Tuesday night but at this stage no specific allegations have been made public and no further action taken.

Bray’s form has fallen away badly in the league since a period of financial uncertainty at the club earlier in the summer but officials acknowledged that the performance in Friday’s game was particularly poor, although they were still, they say, shocked by the presence of a large number of gardaí at their training ground and the fact that their players had clearly come under suspicion.

Those close to the players say that they co-operated fully and said that they have nothing to hide.

Despite being a friendly, arranged as neither side was involved in the FAI Cup games at the weekend, the Bray team that played was strong, comprising mainly of first-team regulars. The first division leaders are reported to have dominated throughout, however, and led from the 11th minute when Aaron Drinan opened the scoring.

He and Sander Puri added further goals before the break while Paul Keegan and Dean Walsh completed the scoring during the second half.

In the statements released there is no suggestion of any suspicion of wrongdoing on the part of any Waterford player.

The timing of the story is remarkable with the match in question having taken place just 24 hours after the FAI had announced one-year bans for two players in the Athlone Town case.