Arrangement extended as restrictions on fans in stadiums continue 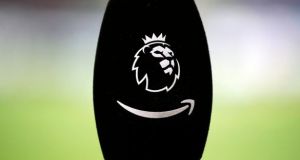 Live TV coverage of every Premier League match is expected to continue into October after the British government announced the suspension of plans to return fans to stadiums. Since the restart in June long-standing broadcasting traditions have been turned upside down to allow fans to keep up with top-flight football.

There are 40 such fixtures scheduled in October, although kick-off times are yet to be agreed. September’s matches were shared between Sky, BT Sport, Amazon and the BBC.

It is understood any extension is likely to be done month-by-month.

The move will be welcomed by fans’ groups who called for all matches to be broadcast on TV while supporters cannot get back into grounds. The Football Supporters’ Federation has called for the arrangement to be extended until the end of the season.

Premier League clubs are less convinced about the merits. There are concerns that it makes an already compact schedule more difficult for teams, but also that a broadcast schedule built to suit British viewers may affect the global audience watching in different time zones.

The new way of doing things will also complicate what are set to be challenging negotiations when the Premier League tries to strike new broadcast deals. The tender process for the three-year arrangements for 2022-2025 would ordinarily begin this autumn.

Separately, Barcelona are in talks with Norwich over the possible transfer of Max Aarons. The Championship club last weekend rejected an offer from Barcelona to take the England Under-21 full-back on loan and, although it is understood a further bid is yet to be forthcoming, negotiations are ongoing. Barcelona are about to sell the Portuguese right-back Nelson Semedo to Wolves and are in the market for a replacement.

One candidate, Ajax’s Sergino Dest, is also the subject of interest from Bayern Munich, who are in a stronger financial position to complete the deal. Aarons made his Norwich debut less than two years ago having joined the academy from Luton. The 20-year-old made 36 Premier League appearances last season. – Guardian