Oireachtas Committee seek clarification on when FAI reports will be completed 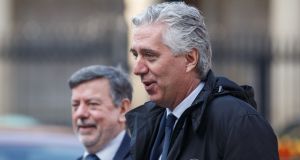 The Joint Oireachtas Committee on Transport, Tourism and Sport has written to Sport Ireland seeking clarification on when it expects to see the completed reports by KOSI, Mazars and Grant Thornton into the financial affairs of the FAI.

Members of the committee had hoped to have representatives of both Sport Ireland and the FAI in to answer questions over the coming week but the organisations have each requested that their appearances be put back at least until after the KOSI report, intended to be a forensic examination of the association’s accounts, has been seen.

In the latest letter in the exchange with Sport Ireland, the Committee seeks clarification on when that report should be completed and requests that a copy be forwarded to it.

The KOSI report had actually been expected to be circulated at the start of this week but it was delayed after a decision appears to have been made to take information relating to the package agreed with former chief executive John Delaney into account ahead of its final publication. Work on updating it was in progress last week.

The committee have also explicitly requested that they be provided with the detail of Delaney’s severance package.

1 It’s shocking how men have driven women away from exercising in public
2 The Offload: Shane Horgan pulls no punches as the podcast wars rage on
3 Ken Early: Maradona’s wonder goal a monument to lost freedom
4 Joe Canning discharged from hospital on Sunday night
5 Nicky English: No surprise that Limerick and Waterford in final
Real news has value SUBSCRIBE
Crossword Get access to over 6,000 interactive crosswords