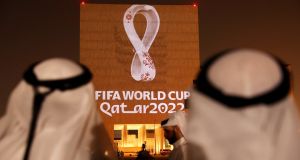 Confirmation of one of the worst scandals in soccer history appears to be sitting in plain sight, published last week on the website of Fifa, the sport’s global governing body.

The admission exists in a couple of lines referencing three notorious former soccer officials, dropped casually into a long decision justifying the lifetime ban of one of them. Fifa cautions that people should not read too much into it.

But it’s there, for the first time, posted publicly in an official Fifa document.

Question: Which officials were to receive money for their votes in connection with the Qatar selection?

As secrets go, it was not a well-kept one. Many journalists have published the accusation that bribery helped deliver the 2022 World Cup to Qatar. Investigations have probed it. The United States Department of Justice built indictments based on it.

But the one organisation that would never bring itself to admit that bribes had been paid was Fifa itself. That was why it was jarring this week to see the mention of payments to three former top soccer officials — Brazil’s Teixeira, Paraguay’s Leoz and Argentina’s Grondona — as supporting evidence in a Fifa disciplinary report posted online.

The exchange, a snippet of testimony by a South American media executive in an American courtroom, is part of a 28-page document justifying the lifetime suspension of Teixeira, the former head of Brazil’s soccer federation. But by releasing that report through a new database that Fifa has hailed as its latest step toward “greater transparency,” world soccer’s governing body appears to have — inadvertently — gone further than ever before to confirm there was a scheme to bribe voters in the 2022 World Cup vote.

Fifa denied having done anything of the sort. “The reference to the Fifa World Cup 2022 was made by a third party,” it said in a statement, noting that Teixeira was barred for corrupt acts related to three unrelated tournaments.

“Consequently,” Fifa added, “this is not an implicit confirmation that Mr. Teixeira received bribes for his vote in connection to the appointment of the Fifa World Cup 2022 host.”

The accusation of a rigged vote is not without substantial circumstantial evidence: More than half of the 22 men who cast ballots in the vote for Qatar in late 2010 were later accused of, or charged with, corruption, including Teixeira, Leoz and Grondona. The entire bidding process remains under investigation by Swiss authorities.

Qatar, the tiny but hugely wealthy Gulf state that beat the United States and others to win the hosting vote, continues to strongly deny any misconduct by any member of its victorious bidding team. “We maintain that we conducted our bid ethically and with integrity, strictly adhering to all rules and regulations for the 2018/2022 Fifa World Cup bidding process,” Qatar’s World Cup organising committee said in a statement. It has spent years trying to overcome suspicions over how it achieved its stunning victory. Fifa has spent almost as long trying to avoid discussing them.

In outlining its case against Teixeira — one of the more than 40 individuals and companies named in a sweeping 2015 United States indictment that described corruption at soccer’s highest levels — Fifa detailed his participation in a number of corruption schemes. Included in that, though not directly a part of Fifa’s reasoning for issuing its life ban, was witness testimony from a 2018 trial in New York against three former South American soccer executives. In that case, an Argentine media executive, Alejandro Burzaco, provided evidence against the officials as part of his plea agreement.

While not identifying Burzaco by name, the Fifa document describes his questioning by American prosecutors. In it, he said Teixeira, along with two other South American officials who have since died, Argentina’s Grondona and Paraguay’s Leoz — agreed to vote for Qatar in exchange for $1 million.

When the legal team for Teixeira, who cited ill health for not attending a hearing with Fifa ethics officials, questioned the validity of the testimony because the Brazilian had yet to be successfully prosecuted in court, Fifa pushed back, painstakingly defending the quality of its evidence and the witness as “credible.”

Fifa, in its statement, said Teixeira was barred for bribery connected to a number of South American and Brazilian soccer tournaments, and not for any actions related to the vote for the 2022 World Cup. It said it had extensively commented on an investigation by Michael Garcia, a former United States attorney, that had looked into the corruption surrounding the vote. That investigation, however, was hampered by a lack of subpoena power and no power to compel witnesses outside the soccer world to cooperate.

As part of its continuing effort to promote greater transparency, Fifa in October announced the creation of its new legal portal, in which documentation underlying decisions like the one barring Teixeira would be made public for the first time. In doing so, it pulled back the veil on a judicial process that for decades — and to the consternation of those inside Fifa and out — had been cloaked in secrecy.

By detailing the allegations against Teixeira, however, Fifa, even if it did so accidentally, has once again raised new questions about how Qatar secured soccer’s biggest prize.