Mourinho disappointed by lack of support from United hierarchy 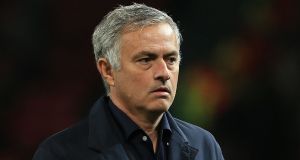 José Mourinho feels let down by Manchester United, with the manager believing the club should have backed him swiftly and publicly over the Paul Pogba situation and made it clear internally that player power will not be countenanced.

It is understood Mourinho is concerned it may be too late to quieten down the noise around the side that these issues have created.

Pogba has twice made public statements which could be interpreted as veiled criticisms of the manager. After the opening-day victory over Leicester City the midfielder said he feared a fine if he said certain things. He then stated United needed to “attack, attack, attack” at home following a draw with Wolves.

Mino Raiola, Pogba’s agent, has also backed his player in public by tweeting his rejection of a claim by Paul Scholes, the former United midfielder, that there was a “lack of leaders” following the defeat at Brighton last month.

Mourinho believes United should have moved to close down the issue with Pogba by making it clear privately that the player and Raiola should not be allowed to say whatever they wish because it is damaging to the team. The manager also believes a public show of support would have helped.

Pogba indicated after Tuesday’s 0-0 home draw with Valencia in the Champions League, which left Mourinho under pressure, that he had been banned from talking to the media. He said to reporters: “I’ve been told I’m not allowed.”

It is understood the result and performance against Valencia have not changed United’s position regarding Mourinho’s future and that they currently have no plans to remove him.

The captain, Antonio Valencia, has apologised after he “liked” an Instagram post from a fan which said that “recently Mourinho has made watching us a punishment” and “it’s time for Mourinho to go”.

Valencia tweeted on Wednesday: “Yesterday, I liked a post on Instagram without reading the text that accompanied the picture. These are not my views and I apologise for this. I am fully supportive of the manager and my teammates.”

Greater Manchester Police (GMP) say they were not to blame for United’s traffic issues on Tuesday following criticism from Mourinho. United arrived late for the Valencia game, forcing the kick-off to be delayed by five minutes.

Uefa has opened disciplinary proceedings against United over the “late team arrival” and “late kick-off”. Valencia have also been charged over the late kick-off and for the “setting off of fireworks” and “kit infringement”. The case will be dealt with on October 18th.

Mourinho said United were “refused” an escort by GMP, which led to their journey from the Lowry Hotel taking 45 minutes longer than usual. But GMP insisted they were no longer obliged to provide that service for every match and that the club were aware of the change in policy.

A statement from GMP said: “GMP has previously used police vehicles to accompany a team’s coach but after a review of our core policing responsibilities it was decided that we would no longer provide this service at every fixture. We consulted with the relevant football clubs over a period of months to allow them adequate time to plan ahead for their journeys to the stadium.”